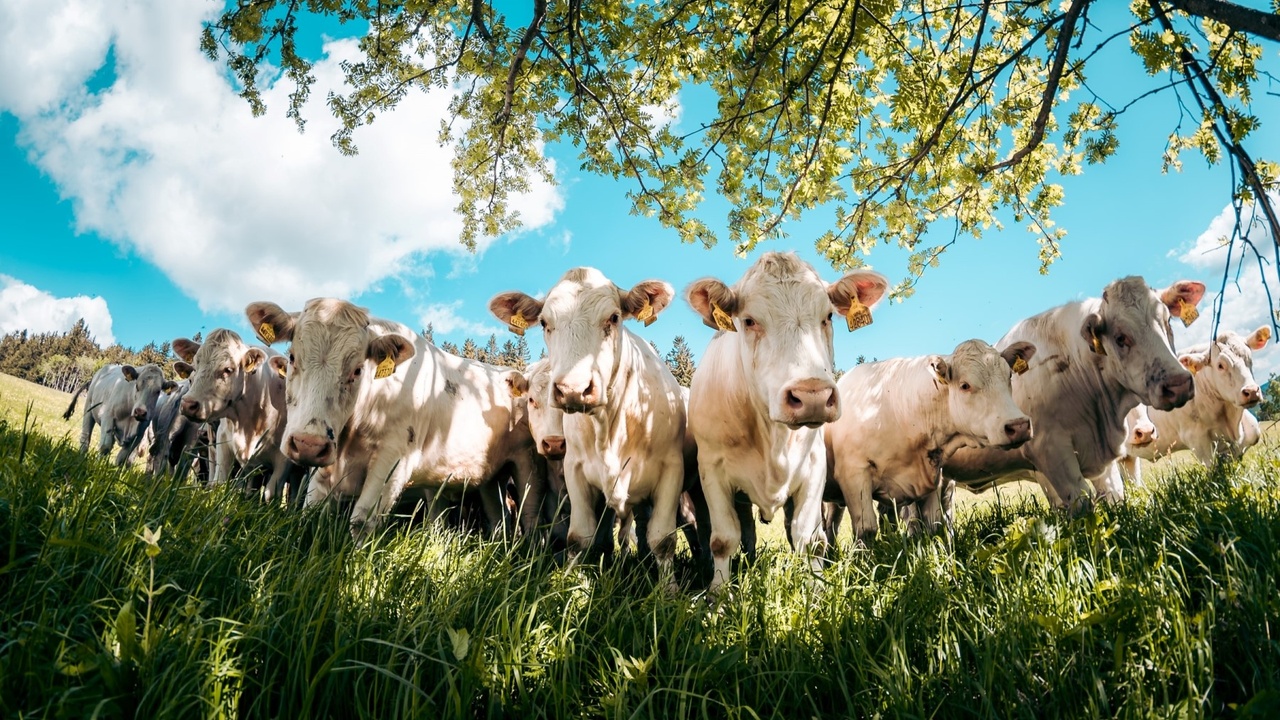 From record investment rounds to new acellular product launches, 2021 was a historic year for the cellular agriculture field.  With new partnerships and advancements, the field made progress toward becoming part of a viable future of food system.

Following all the incredible breakthroughs and progress last year, it was important for the cellular agriculture field to continue its momentum into 2022. And the field is already off to a great start.

From new investments and acquisitions to a range of new partnerships, we look at what happened this January 2022 in cellular agriculture. 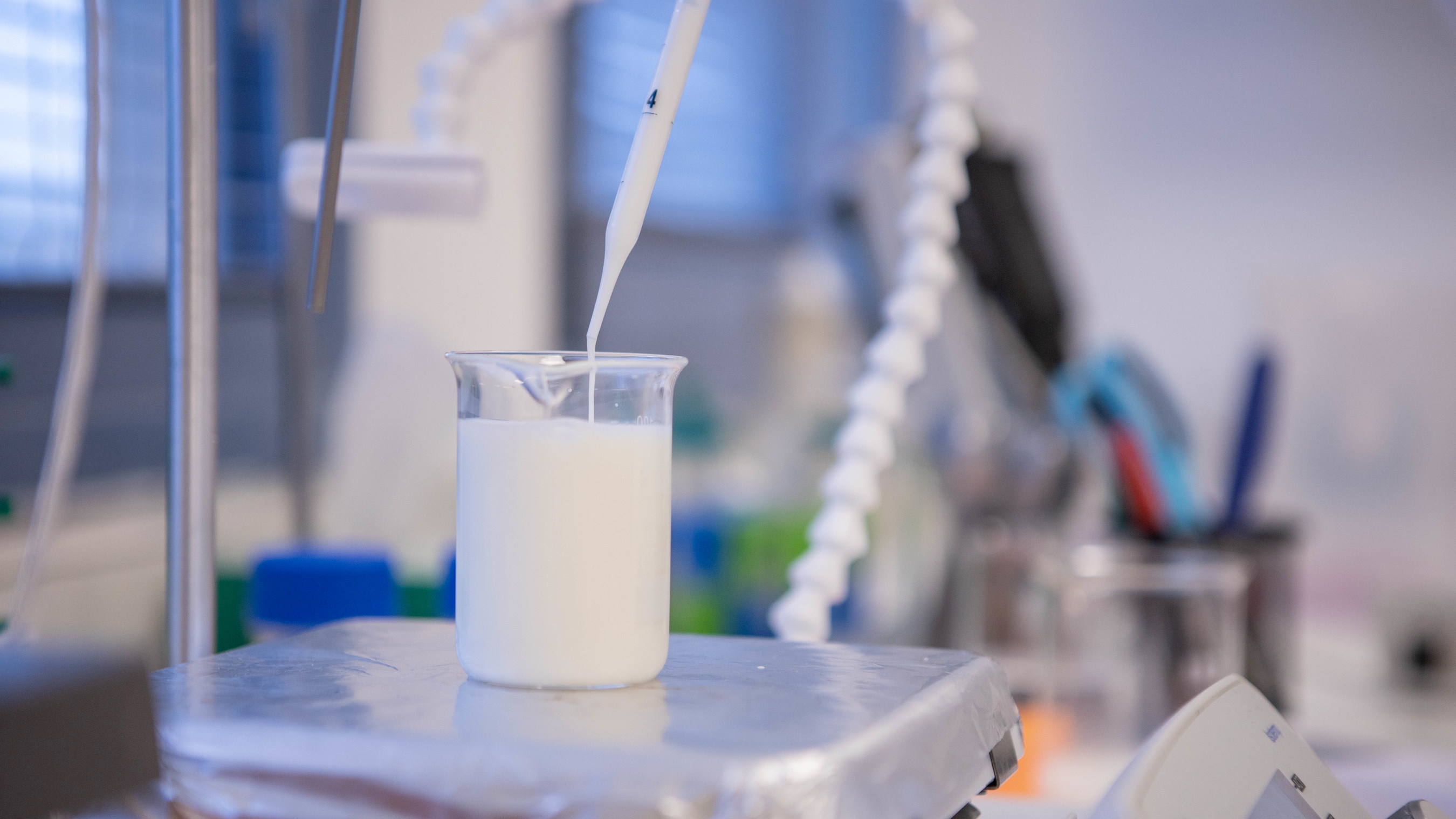 Remilk’s funding round was led by Hanaco Ventures. The Series B financing also featured investments from Rage Capital, CPT Capital, and dairy companies Tnuva and Hochland. The funding round brings Remilk’s total investments raised to $131.3 million. The company previously raised $11.3 million in Series A funding in December 2020. 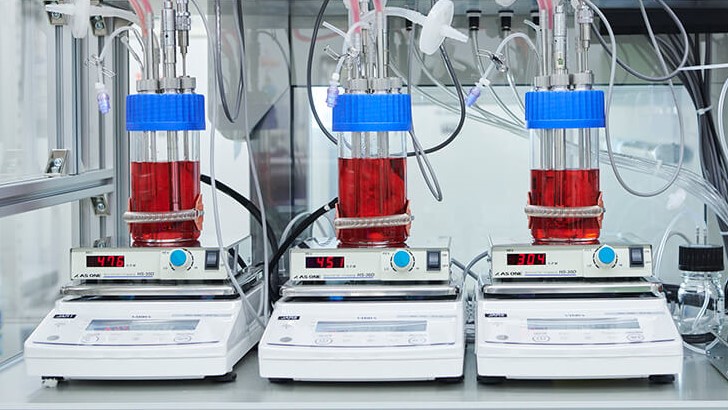 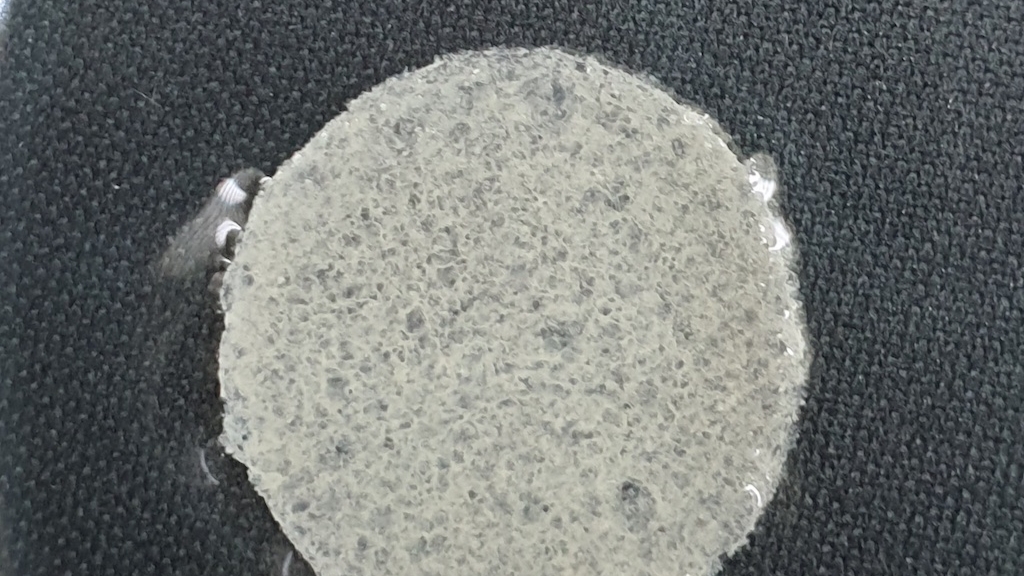 Having developed a cost-effective scaffolding system, DaNAgreen aims to use the funding round to build an automated production system to accelerate its commercialization efforts and reduce the cost of its cell culture media. The company aims to launch a cell-based meat product in 2024 using its tissue engineering platform with its plant-based scaffolding technology.

Based in Madison, Wisconsin, Cultured Decadence is the first American startup focusing on using cellular agriculture to produce lobster meat. In April 2021, Cultured Decadence raised the largest pre-seed funding round to date for a cell-based meat and seafood startup. 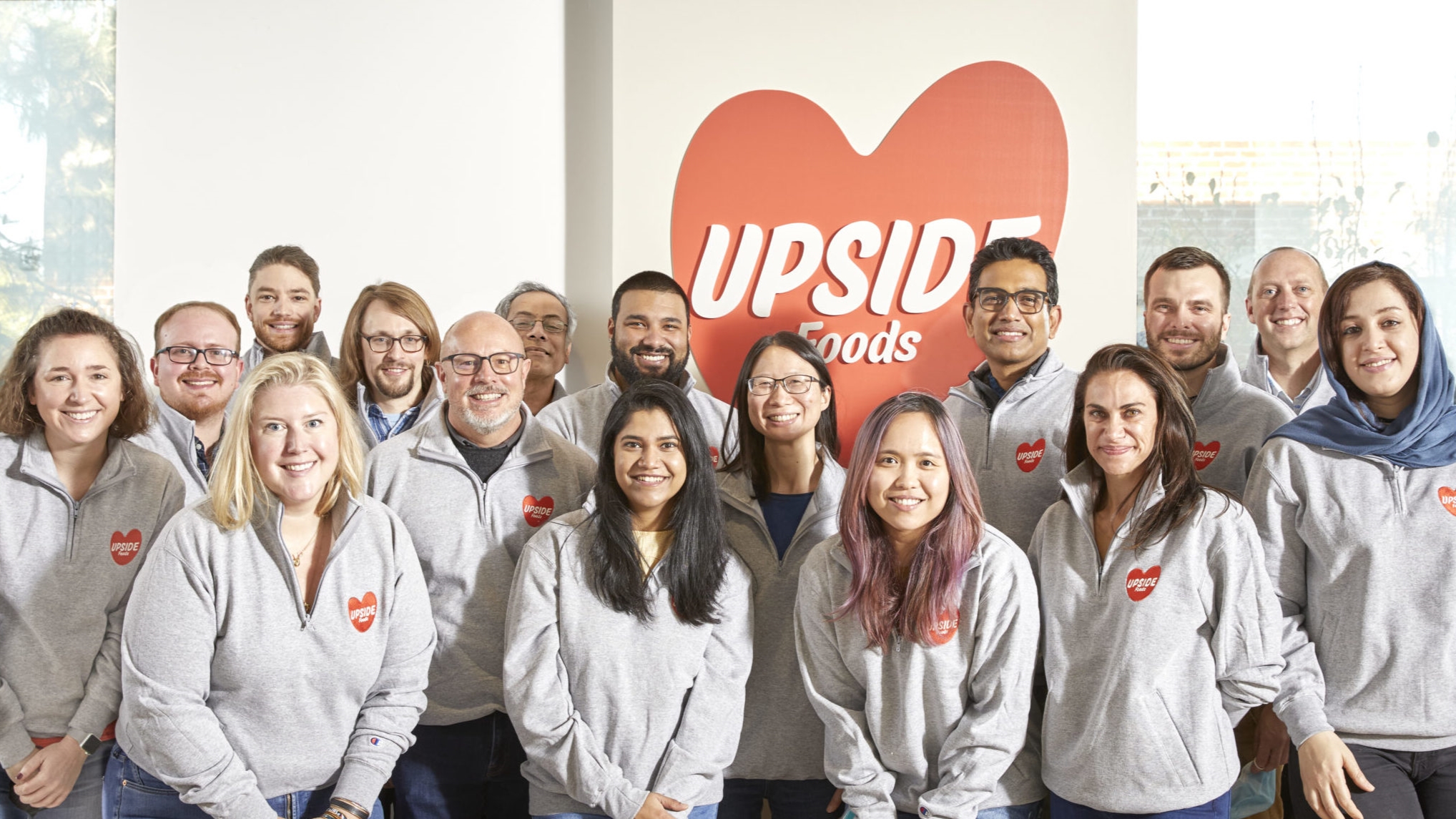 The first acquisition of the year, the announcement indicates that more cellular agriculture companies may look to acquire other startups as they look to explore different types of products. In August 2021, for example, Singapore-based startup Shiok Meats acquired Gaia Foods, the first cell-based meat startup in the region focusing on red meat, to expand beyond seafood.

The acquisition marks a great start to the year for Upside Foods, following a strong end to 2021. In November, Upside Foods announced the opening of their new cell-based meat facility in California.

In addition, in December, Upside Foods shared that its cell culture media formulation is free of animal components and used it to produce prototypes of two popular food items: cell-cultured chicken nuggets and chicken hot dogs.

While many cell-based meat companies have promised that their cell-based meat will be indistinguishable from conventional meat, how would it compare in a taste test? To answer that, cell-based meat startup SuperMeat recently held a blind taste test at its test kitchen, The Chicken, with Master chef judge Michal Ansky.

After sampling both dishes in a professional taste testing event, Ansky incorrectly selected the cell-based chicken dish believing it was conventional chicken meat. Click here to watch the video of the event. SuperMeat first opened its test kitchen in November 2020 for customers to try its cell-cultured chicken burger. 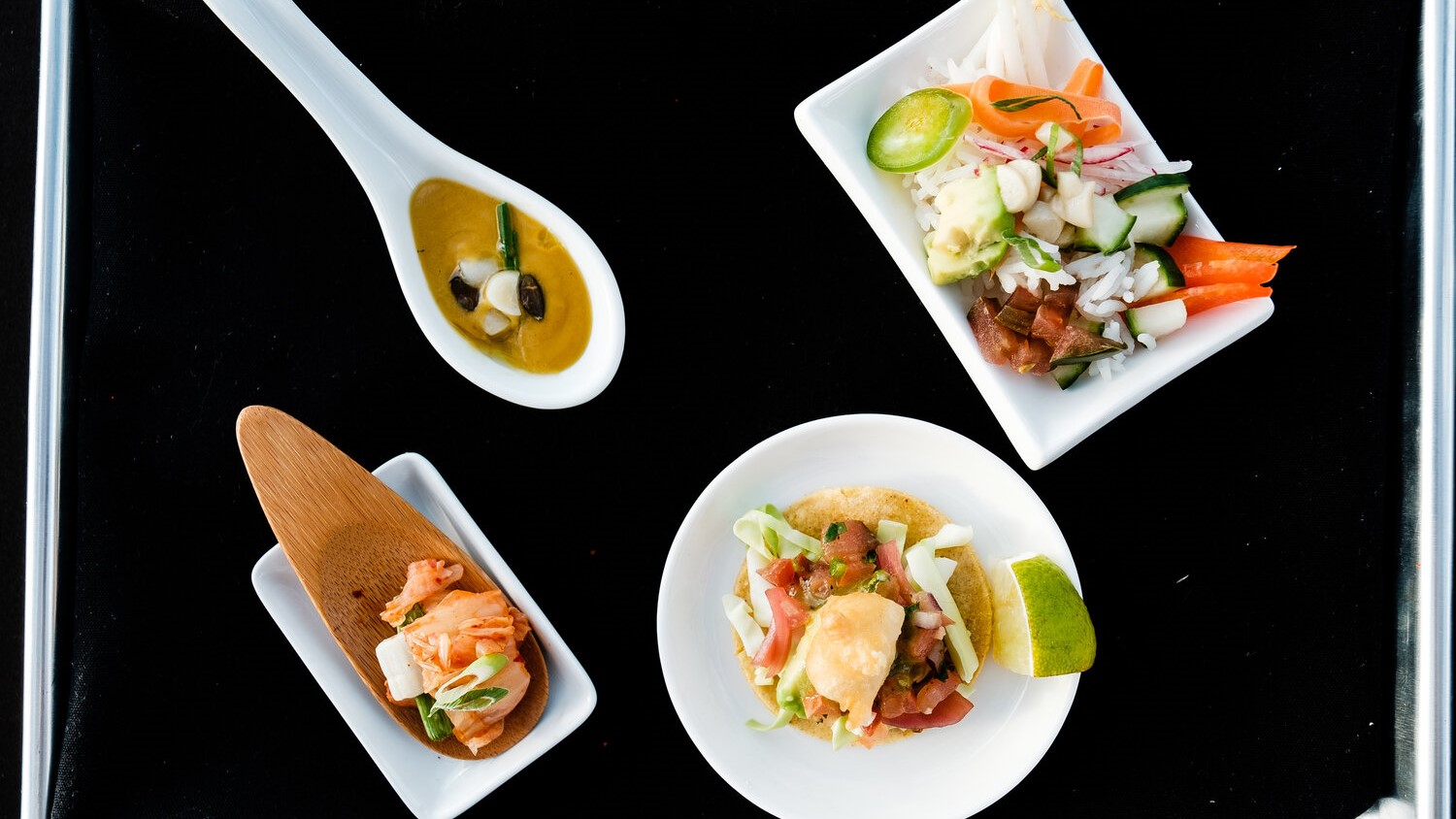 Based in Osaka, Japan, Food & Life Companies owns the largest number of sushi restaurants in Japan and operates more than 1,000 restaurants across East Asia and Southeast Asia. As part of the partnership, the two companies will work together on product development and marketing as well as support the development of a regulatory framework for cell-cultured seafood in Japan.

Motif Foodworks announced a new extension of its partnership with Solar Biotech, a bioprocessing company designed to help foodtech startups scale production, at the end of January.

Following regulatory approval of its HEMAMI product in December, it is promising to see Motif Foodworks continue its partnership with Solar Biotech as Motif looks to develop new cell-cultured protein products.

As more cellular agriculture companies look to scale production, it will be important for the field to partner with companies to increase their production capacity. In August 2021, for example, cell-cultured dairy startup TurtleTree Labs also announced a partnership with Solar Biotech to scale production and bring down the costs of its cell-based dairy products.

Tnuva Group, one of Israel’s largest food producers, announced a partnership with biotech company Pluristem Therapeutics to develop and produce cell-based meat in Israel. The new company will use Pluristem’s proprietary technology in the field of cultured meat, and Tnuva will invest $7.5 million, with the option to invest an additional $7.5 million over the following 12 months.

Tnuva will also provide the R&D platform to develop consumer products and receive preferred marketing rights in Israel for any new products. According to Pluristem, its proprietary 3D platform can cost-effectively produce high-quality cells. Tnuva previously invested in Remilk’s Series A and Series B funding rounds in December 2020 and January 2022, respectively.

In the research paper, the Mosa Meat team demonstrated how the company developed an animal-free cell culture media formulation to differentiate its animal stem cells into muscle cells found in meat. 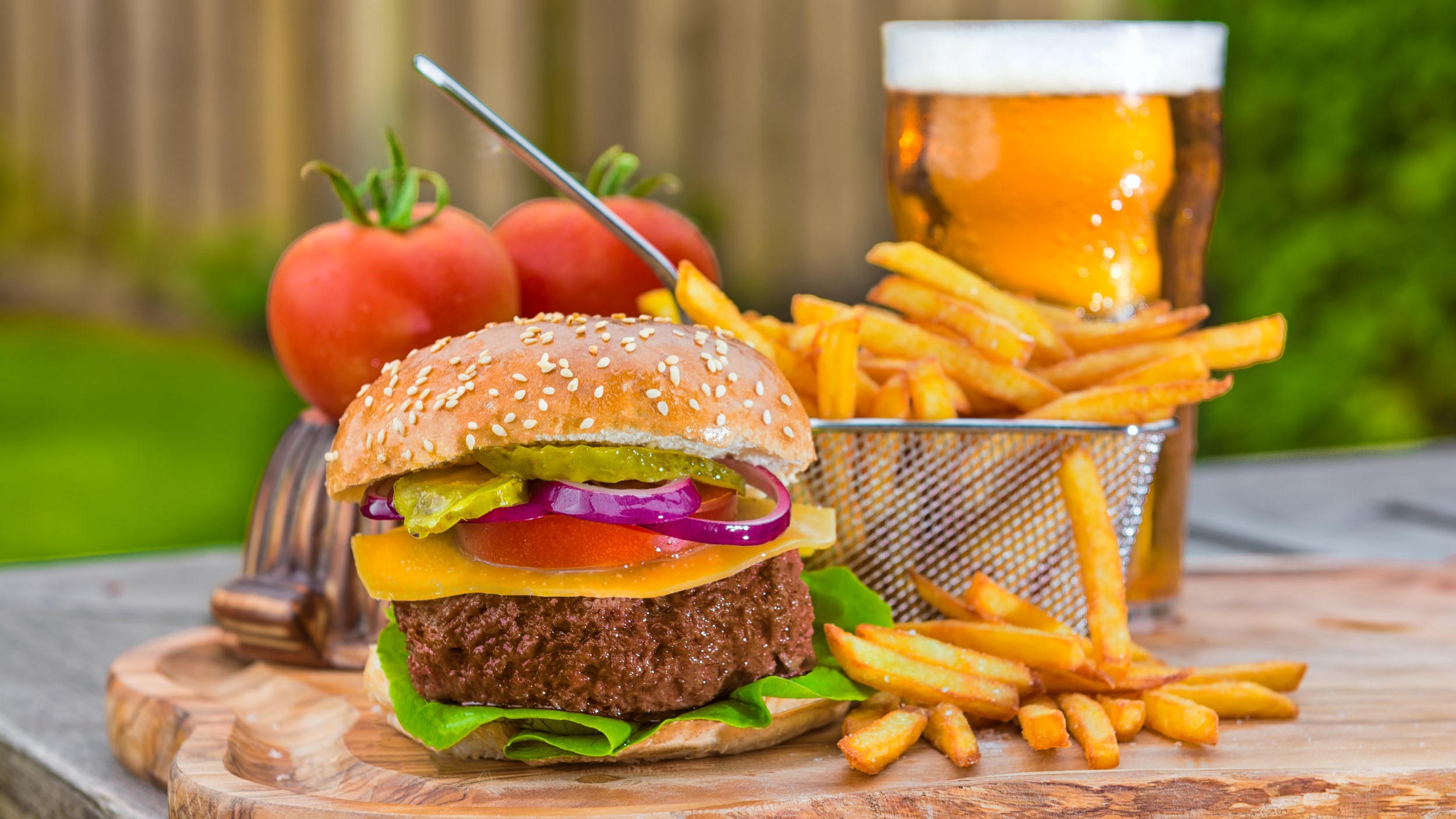 Developing an inexpensive and animal-free growth media for cell lines has once been described as the Holy Grail for cellular agriculture companies.

In many scientific labs, a common cell culture serum used to grow cells is fetal bovine serum. Not only would this still involve animal sourcing in the production process, but fetal bovine serum is also inconsistent from batch to batch and very costly. Animal-free serums have been developed for medical purposes, but the problem of costliness remains for scaling production.

Considering the discussion initiated about the feasibility of scaling cell-based meat production by an article written for The Counter in September 2021, it is promising to see Mosa Meat publish some of its work on developing its cell culture media formulation.

As more companies look to scale production, it will be interesting to see if other companies follow Mosa Meat’s lead and publish their findings.

After growing the first piece of cell-based meat in outer space in October 2019, Aleph Farms will space again. The startup shared it will be part of the Rakia Mission, the first-ever all-private crew to visit the International Space Station (ISS). 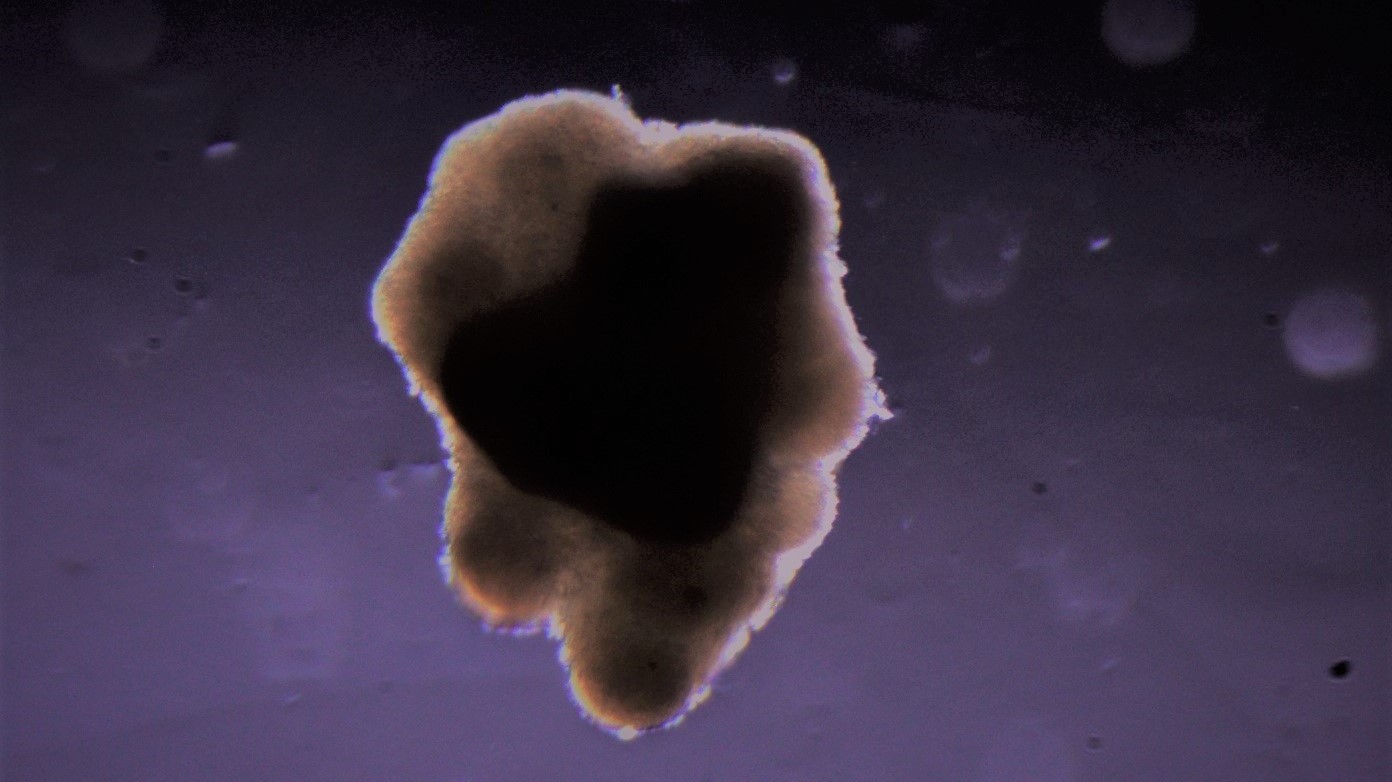 While on the space station, astronauts will conduct innovative research designed for microgravity conditions on behalf of various organizations worldwide, including Aleph Farms. In addition, Aleph Farms shared the company will also work on its next space challenge: developing a system that produces its cell-based steaks on a 3-year-long mission.

This project was co-developed by Astreas and advanced to Phase 2 of NASA’s Deep Space Food Challenge. Aleph Farms first announced its space program, Aleph Zero, in October 2020 to mark the first anniversary of growing the first piece of meat in outer space.

Cell-cultured shrimps, anyone? Cell-based seafood company Shiok Meats shared its plans to launch its first product in 18 to 20 months in Singapore. While the price point of S$50 (US$37) per kilogram is much higher than conventional shrimp meat, that would still be a significant drop in price from its previous point. 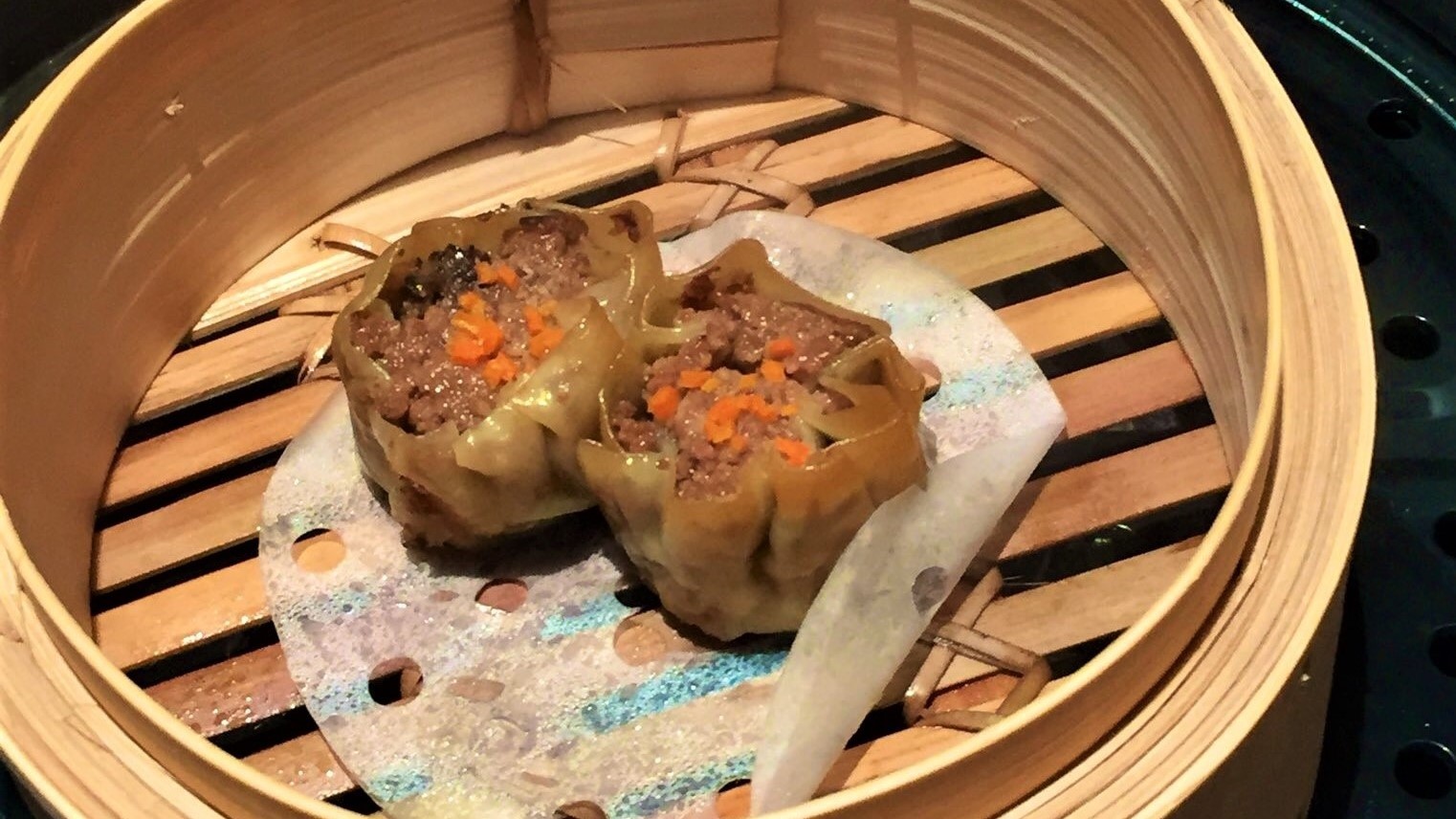 According to the company, it currently costs S$1,000 to produce a kilogram of its cell-based shrimp and previously cost S$10,000 per kilogram approximately two years ago. As the company grows and scales production capacity, Shiok Meats will aim to reach the price point of between S$5 and S$10 in the next 5 to 7 years.

China’s Ministry of Agriculture and Rural Affairs published its 5-Year Agricultural Plan and, for the first time, included cell-cultured meat in its plan as part of its food security blueprint moving forward.

By looking into the technology, the strategic initiative may accelerate the country’s regulatory timeline for cell-cultured meat and drive more investment into the field. Two cell-based meat startups in Mainland China, Joes Future Food and CellX, both raised funding rounds in September 2021. Along with improving the environmental sustainability of our global food system, cellular agriculture can help China address its food security needs.

Social Acceptance: The Halal and Kosher Questions for Cell-Based Meat

There are many questions about cultural acceptance that will still need to be explored for cell-based meat. For the world’s Jewish and Muslim populations, for example, it is yet to be determined whether cultured meat can be labeled as kosher or halal, respectively.

While Eat Just has consulted with religious experts, the company has not yet received any recognition for its cell-cultured meat as kosher or halal. Meanwhile, Israeli startup Future Meat Technologies recently shared that the company extracted its cell lines from animals slaughtered in a kosher manner. Ahmed Khan was previously interviewed on Green Queen to comment on how his view of how cell-based meat could qualify as halal.

In the Wider Future of Food 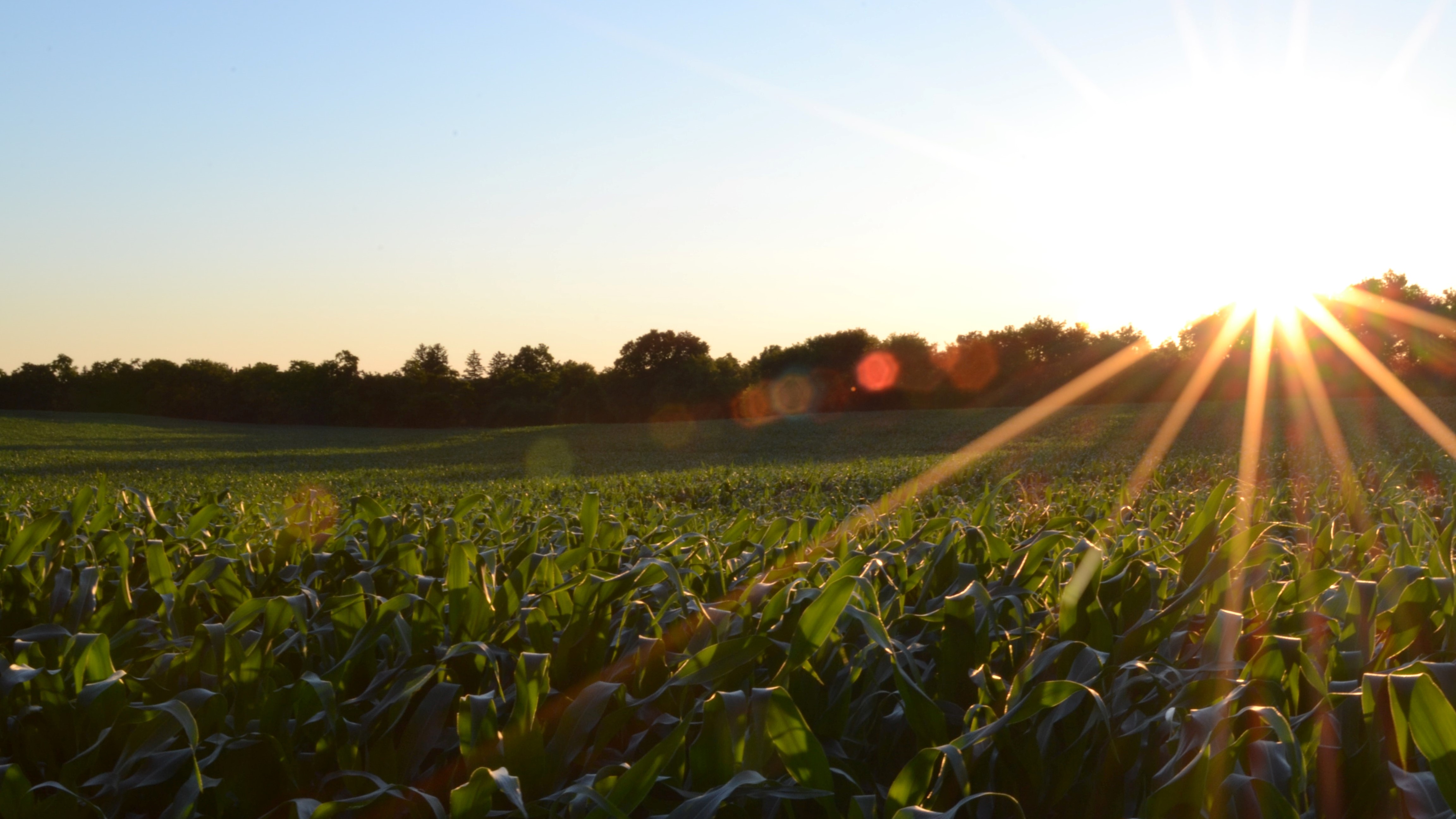 To start the new year, KFC restaurants in the US will sell Beyond Meat’s plant-based chicken for a limited time. In addition, KFC shared that customers can buy its Beyond Fried Chicken in 6 or 12-piece orders, starting at $6.99. While pricier than KFC’s conventional fried chicken, it is notable that the price point of Beyond Meat’s product is almost on par with its prices. In July 2020, KFC first announced its plans to sell the plant-based Beyond Chicken at more than 50 locations in southern California following a pilot test in Atlanta, Georgia, in August 2019.

In February 2021, Beyond Meat signed a strategic partnership with Yum! Brands, which include KFC, Pizza Hut, and Taco Bell.

Vertical farming company Plenty raised a massive $400 million in Series E funding, which the company claims is the largest funding round to date for an indoor farming company. In addition, Plenty announced a strategic partnership with Walmart to supply its stores in California with its vertically farmed leafy greens. 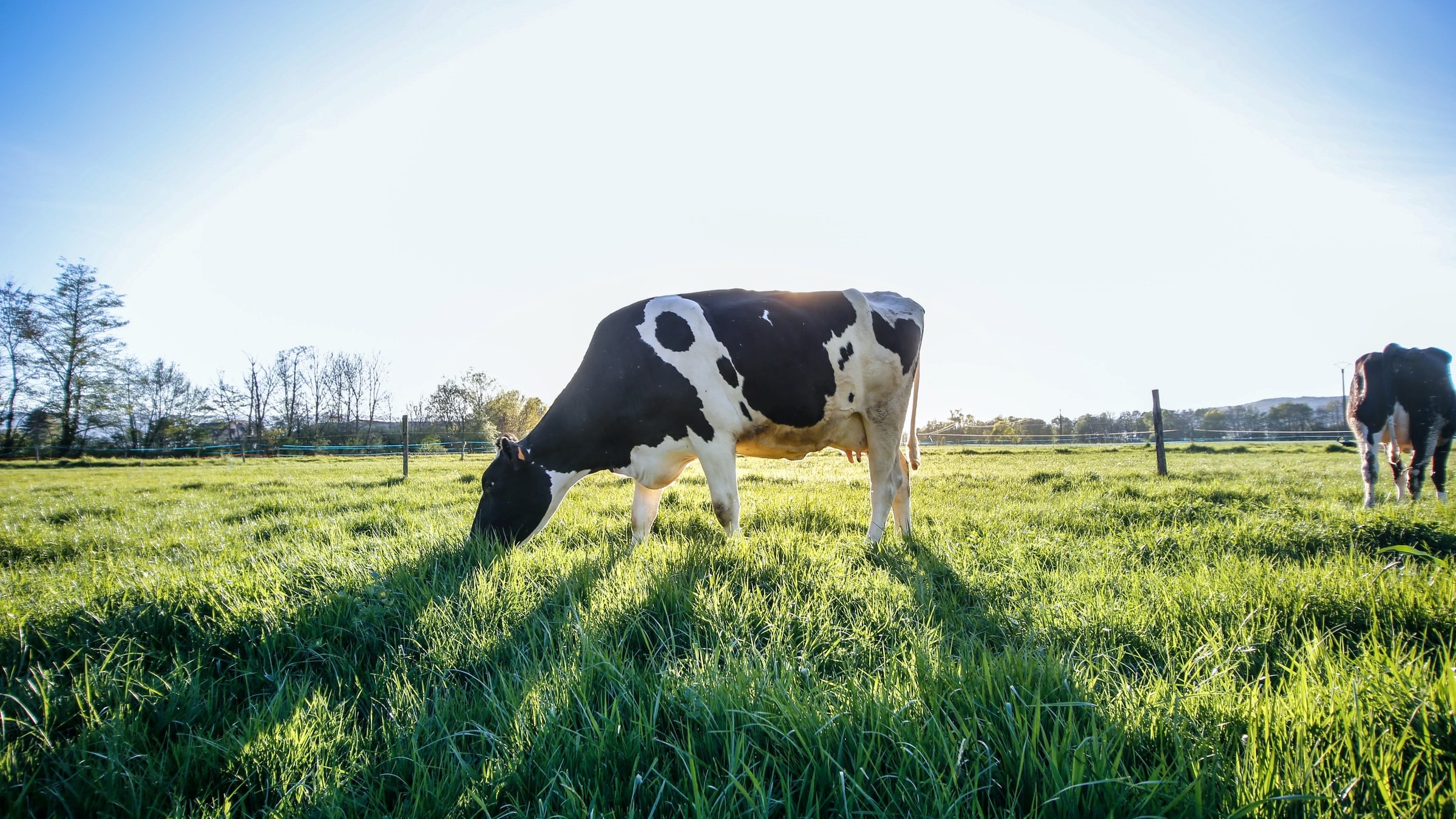 After a remarkable 2021, it was important for the year 2022 to begin strongly and carry on the cellular agriculture field’s momentum into the new year. With the first cell-based meat acquisition in the US to the largest funding round for an acellular agriculture startup in Asia, 2022 promises to be another big year for the field.

Moving forward, many themes that the field explored in 2021 will continue to advance this year as more companies look to the market. For example, both BlueNalu and Motif Foodworks highlight the importance of partnerships in commercializing cell-cultured food products.

While Singapore remains the only country to give regulatory approval for the sale of cell-based meat, it’s likely that the following country to give regulatory approval will also be in Asia, either in an East Asian country like Japan or in the Gulf region of the Middle East. Like Singapore, the most appealing benefit of cellular agriculture for countries and governments in Asia is food security. Without requiring as many resources, like land and water for farming, countries that rely heavily on food imports can now produce enough food for their populations locally through building food processing and manufacturing facilities.

At the same time, more cellular agriculture companies may look to set up operations in Singapore to launch their first products. For example, considering that Perfect Day previously launched its cell-cultured dairy proteins in products in the US and Hong Kong, it’s likely that the company will look to launch in new markets like Singapore soon.

With 2022 starting with Remilk’s $120 million Series B funding round, there will likely be more sizeable investments in the field as the industry continues to grow and more companies reach their scaling milestones.

After a record-breaking 2021, what will the cellular agriculture look like in 2022? 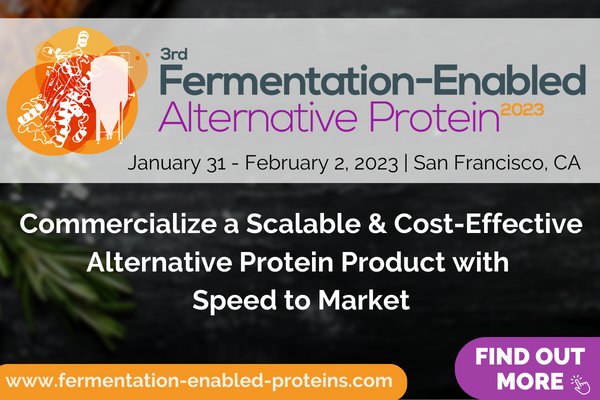