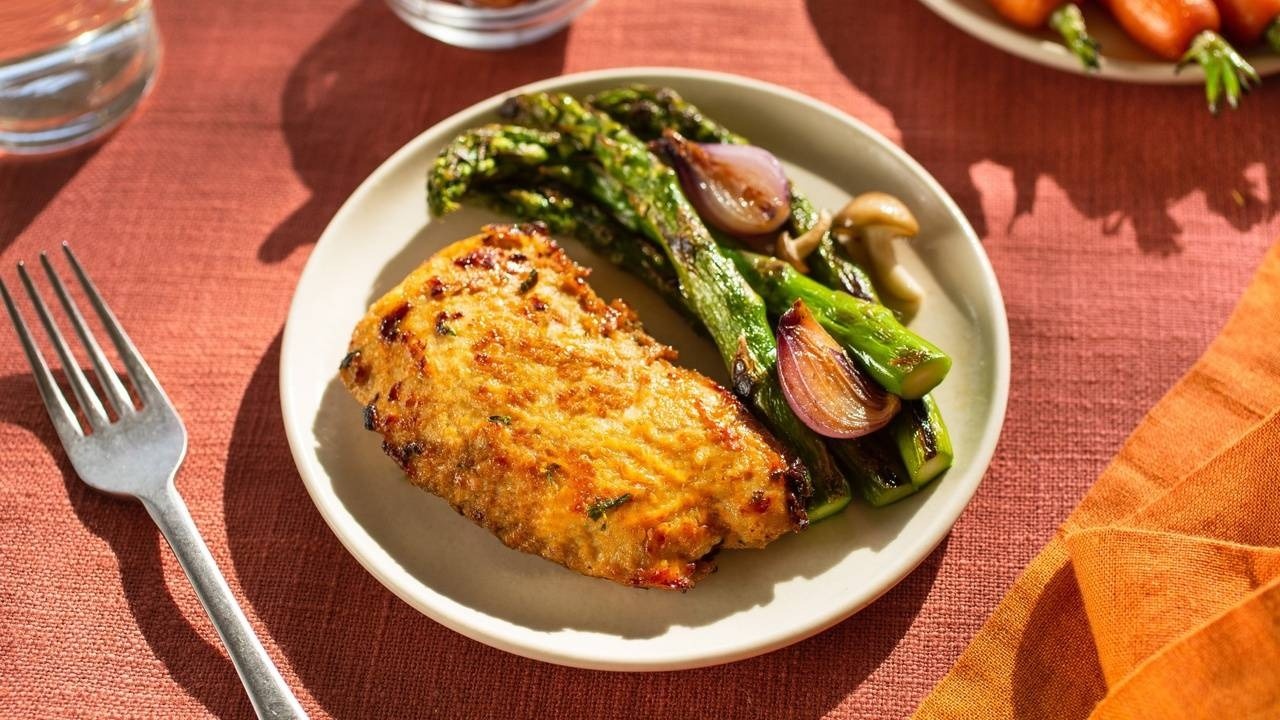 In November, the cellular agriculture field reached a significant milestone in the US.

On November 16th, Upside Foods received a letter of no questions from the Food and Drug Administration (FDA) over the safety of its production process of making cell-cultured chicken meat.

Founded by Uma Valeti, Nicholas Genovese, and Will Clem in 2015, Upside Foods is the first startup founded to use cellular agriculture to produce cell-cultured meats. Formerly known as Memphis Meats, Upside Foods was the first cell-based meat startup to go through IndieBio, a leading life science accelerator in San Francisco, where many other cellular agriculture startups emerged.

Cellular agriculture is the field of producing animal products directly from cell cultures instead of using animals. Instead of raising, for example, a chicken from birth for eggs and meat, cellular agriculture presents an alternative and more sustainable way to get the same products without all the challenges associated with raising livestock.

To grow cell-based meat, a sample of cells is taken from the animal of interest. These cells are grown in a cell culture media formulation to become meat. The cell culture media and how the cells grow are important aspects of this process because they help the cells become the same meat that comes directly from animals. 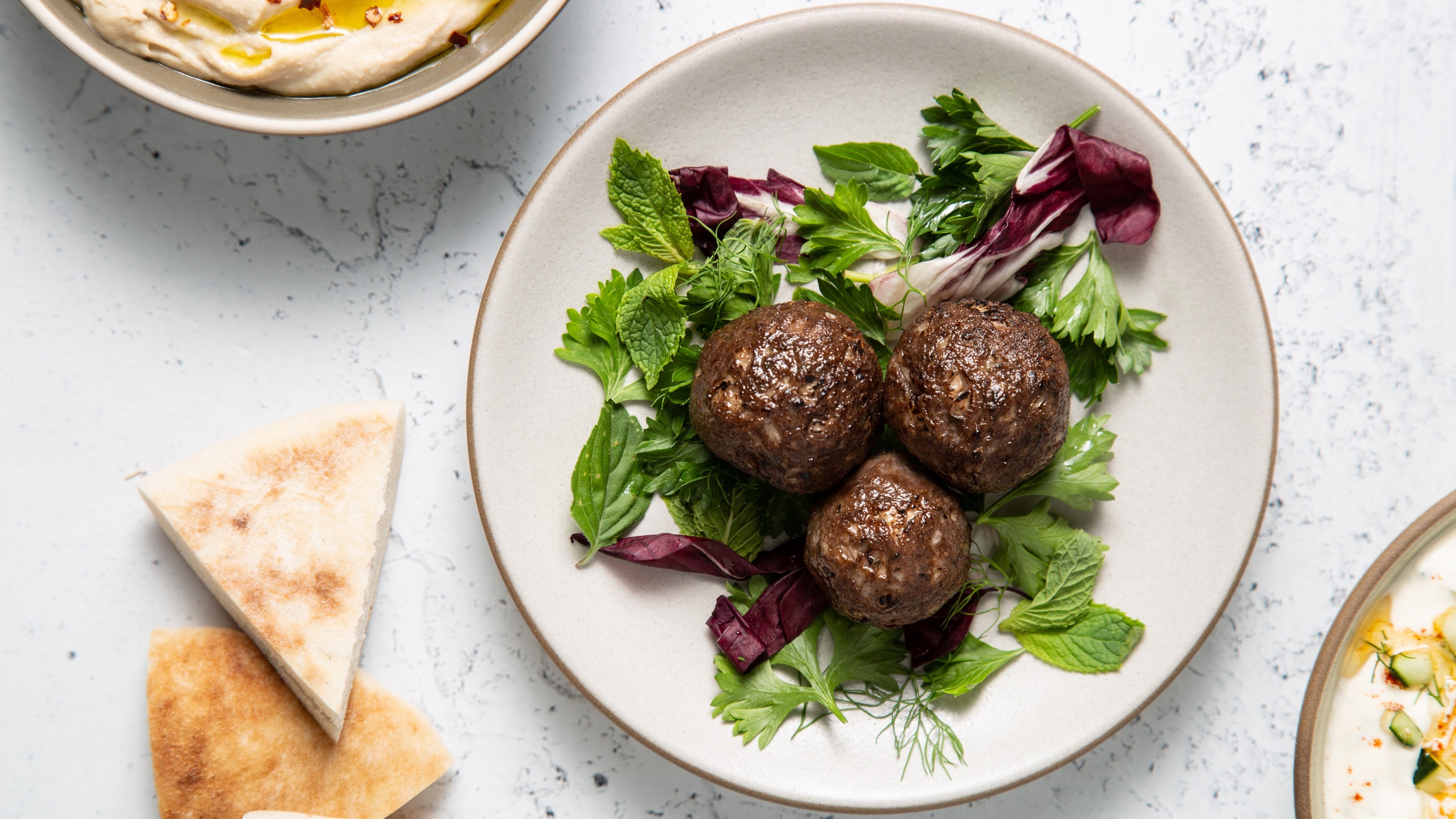 Without requiring animals, cellular agriculture could, in theory, produce animal products anywhere, from outer space to countries that rely heavily on food imports to feed their local populations.

Upside Foods and Cell-based Meat Regulation in the US

After showcasing the first-ever cell-cultured meatball and cell-cultured poultry, Upside Foods has positioned itself as a leader in the nascent industry, especially regarding the regulatory front.

Regulation is one of the major obstacles ahead of cellular agriculture companies, and, for the longest time, it remained unclear who would regulate the field in the United States. 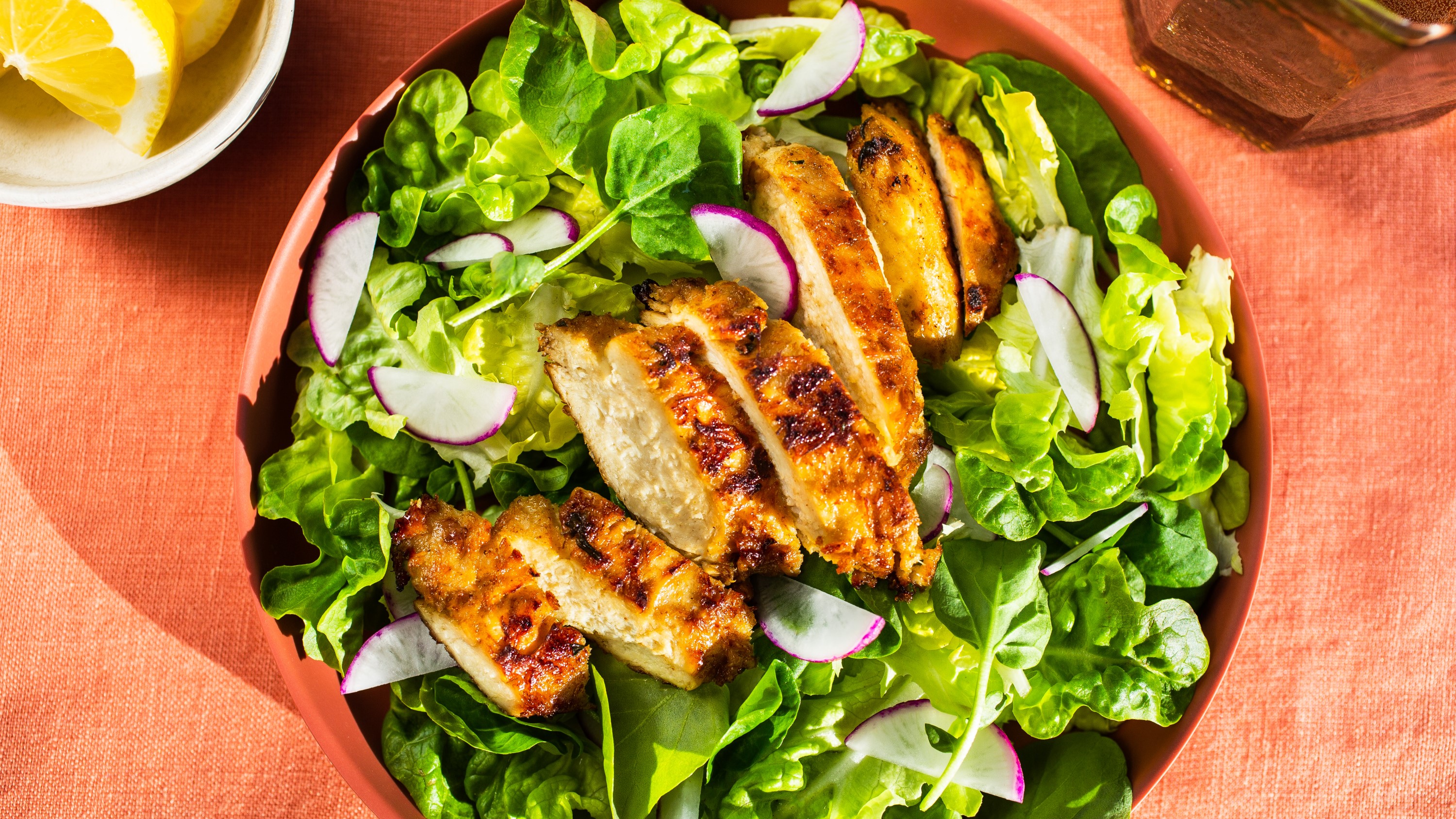 In August 2018, Upside Foods co-wrote a letter with the North American Meat Institute proposing a regulatory system moving forward for the field. This letter was the first time a cellular agriculture company and a meat industry player came together to support a regulatory pathway that could appeal to both fields.

The joint letter proposed a pathway in which both the USDA and FDA would regulate cell-based meat. The FDA would be responsible for ensuring cell-based meats undergo pre-market safety tests, while the USDA would be in charge of monitoring the meat facilities. The letter was also the first time Upside Foods referred to their product as ‘cell-based meat’ and not cultured or clean meat.

The following year, in August 2019, Upside Foods was one of the five initial cell-based meat startups to launch the Alliance for Meat, Poultry, and Seafood Innovation (AMPS Innovation) regulatory coalition.

AMPS Innovation’s goal is to advocate for a clear regulatory pathway to market for cell-based meat companies and to engage and educate consumers and stakeholders about their new industry. Considering the fight for the word meat at the state level in the United States, it’s not surprising that cell-based meat companies believe that they need a coalition to advocate on behalf of the new field.

Considering the leadership role that company has played in the field, particularly when it comes to the regulatory front, it is promising to see Upside Foods become the first cellular agriculture meat company to receive a letter of no questions from the FDA.

According to the announcement, the FDA conducted a “rigorous evaluation” of Upside Foods’ entire production process and the resulting product, including establishing cell lines, manufacturing controls, and all components and inputs. 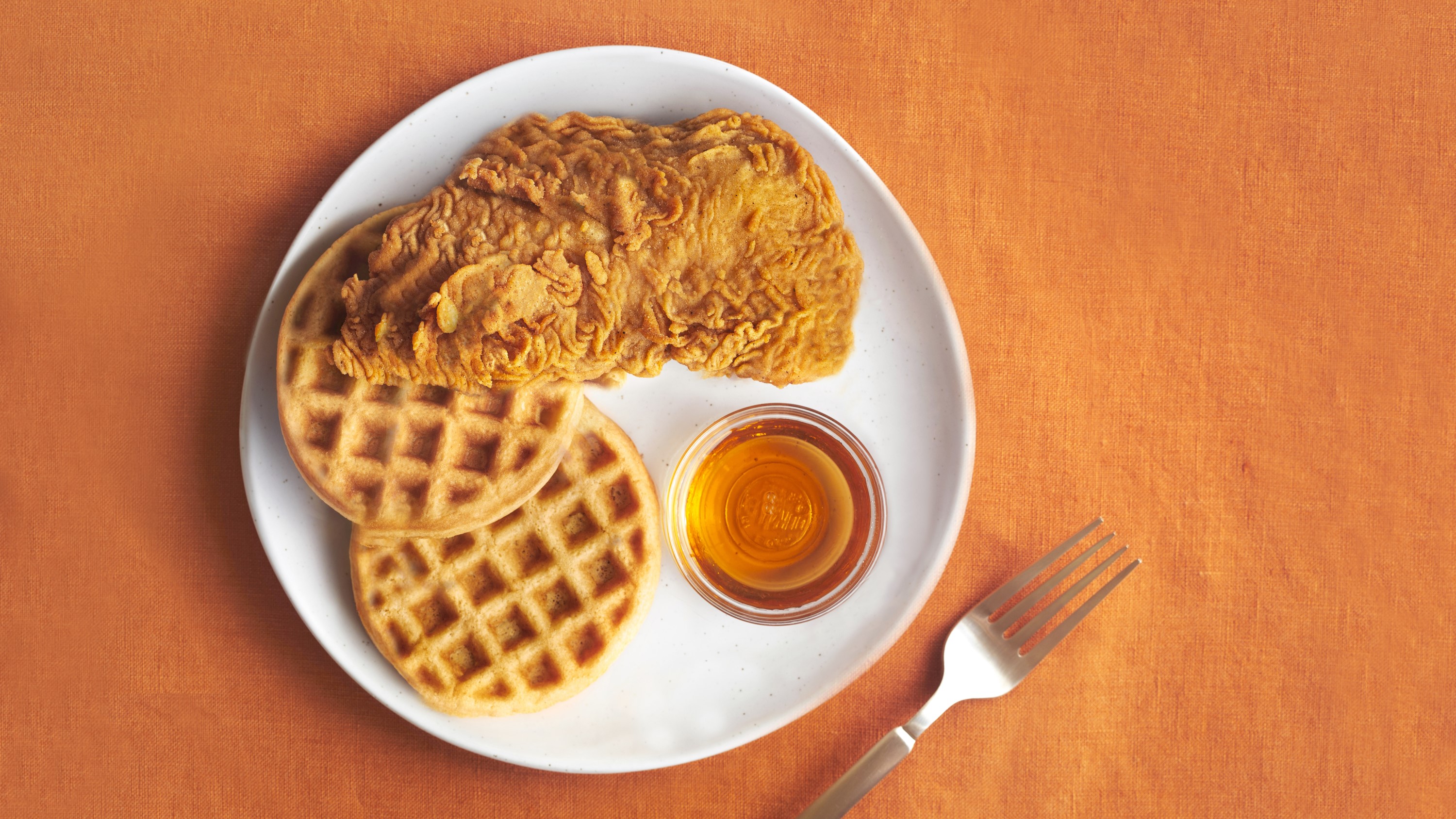 Cultured chicken and waffles, anyone?

After reviewing and accepting Upside Foods’ safety conclusion, the FDA published its summary memo and a 104-page document prepared by Upside Foods, providing extensive documentation on its cell-cultured chicken and its production process.

For example, in order to establish its cell-based meat cell lines, Upside Foods shared that the company uses genetic engineering to immortalize its fibroblast cells to proliferate indefinitely and differentiate into the cells found in meat. Specifically, Upside Food introduces the chicken TERT (telomerase reverse transcriptase) gene to help maintain its cell lines.

The submission stated that the engineered protein is not a food allergen and would be digested like any other food protein upon consumption. Regarding labeling the product as bioengineered, Upside Foods stated the company would abide by the regulation and labeling requirements that the US Department of Agriculture determines.

In addition, as part of its cell culture media formulation, Upside Foods’ documentation indicates that the company uses bovine serum albumin proteins in its formulation. Considering the field’s goal to move away from using animal-derived products in producing cell-based meat, Upside Foods shared that the company is planning to move to use fully recombinant albumin proteins. 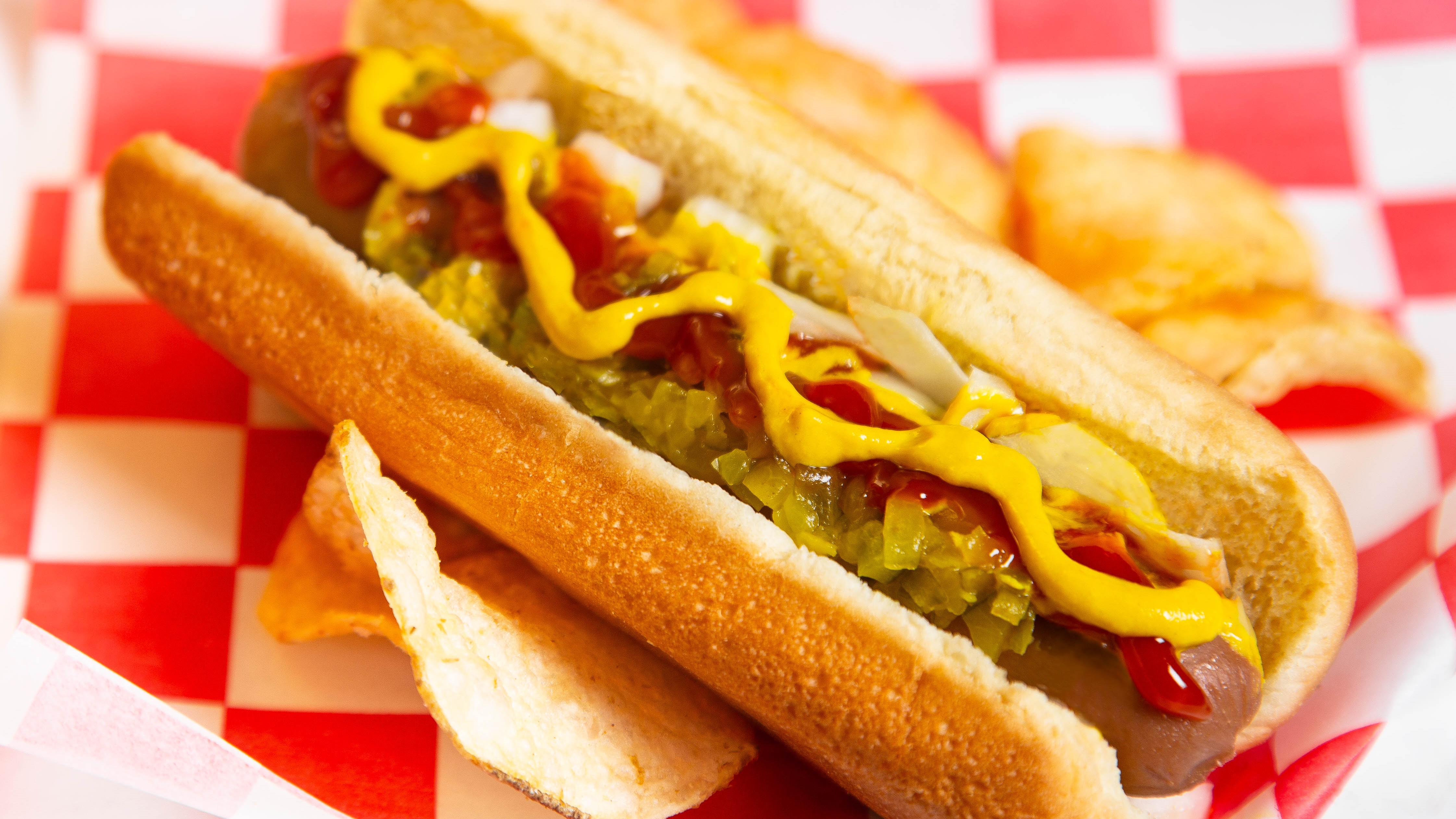 Upside Foods also shared that the company does not use antibiotics or antifungal agents in its cell-based meat production process.

While the FDA’s pre-market consultation is not considered an approval process, it concluded that all questions relevant to the consultation are resolved. Interestingly, the FDA’s summary memo identifies Upside Foods’ cell-cultured chicken product as “human food made from cultured animal cells.”

Scaling Up Production to Bring Cell-Based Meat to Market

Following the FDA’s pre-market consultation process, Upside Foods plans to continue scaling production to prepare to bring its cell-based chicken meat to market from its facility in the US. 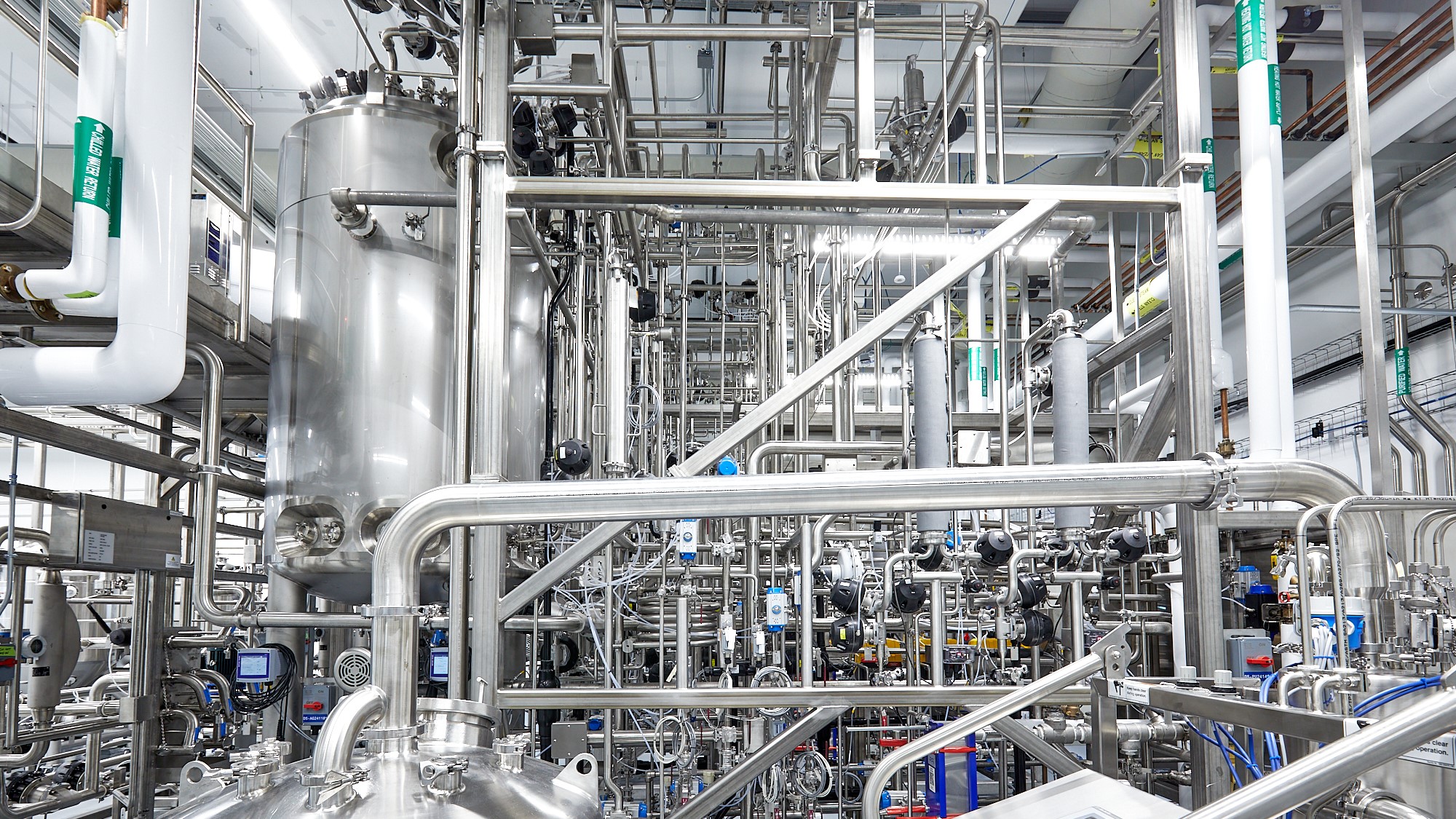 Beyond progress along the regulatory submission, Upside Foods and the entire industry face a common challenge: scaling cell-based meat production. Having previously developed its pilot plant, Upside Foods will need to continue to scale production to be cost-competitive with conventional chicken meat.

In November 2021, Upside Foods launched its new cell-based meat facility in Emeryville, California. Calling the facility EPIC (Engineering, Production, and Innovation Center), Upsides Foods shared that its facility can produce up to 50,000 pounds of finished cell-based meat products annually with a future capacity of over 400,000 pounds.

Upside Foods claims the company can make both ground meat and whole-cut versions of poultry, meat, and seafood from its technology platform in its new facility. The company held its first public tours of the facility in March 2022.

Following the company’s massive funding round of $400 million in April 2022, Upside Foods shared plans to build a commercial-scale production facility with a future capacity of tens of millions of pounds of its cell-cultured meat. 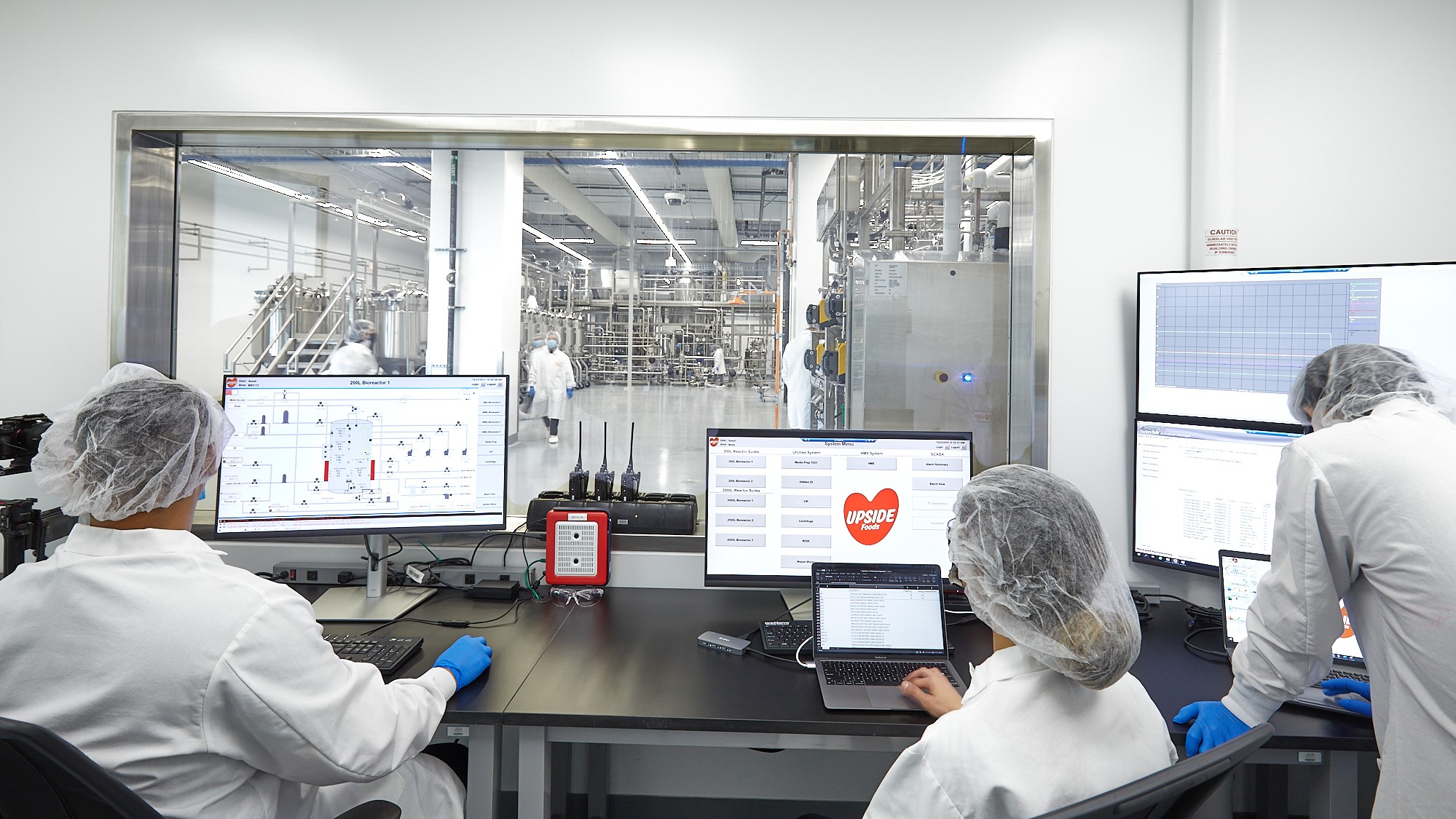 While the company aims to focus on chicken meat, Upside Foods plans to develop a commercial facility that can produce any species of meat in both ground and whole-cut formats. To support the large-scale facility, Upside Foods shared its intention to develop a supply chain for key ingredients in its cell culture media formulation.

Following Upside Foods’ letter of no questions over the safety of its production process, the United States joins a growing number of global government agencies exploring regulatory frameworks for cell-based meat production.

Currently, Singapore is the only country in the world to give regulatory approval for selling cell-cultured chicken meat to Eat Just in 2020. Australian startup Vow recently shared its plan to launch its first product, a cell-cultured Japanese umai quail product called Morsel, in Singapore at the start of 2023.

At the end of June 2022, the Japanese government announced plans to bring together a team of experts to analyze the safety of cell-based meats to explore setting up a regulatory framework for the field.

Curated by the Health, Labor, and Welfare Ministry, the team will focus on the entire cell-based meat production process as part of its safety analysis. Once the team’s report is submitted, the ministry will conduct a panel to decide on necessary safety precautions.

Similarly, the South Korean government shared plans to establish a unified regulatory framework for alternative proteins in its National Plan 2022, including for cell-based meat.

Specifically, South Korea’s Ministry of Food and Drug Safety called for official guidance on establishing a framework for evaluating cell-cultured meat's safety and manufacturing process. The guidance documents are expected to be finalized in 2022. 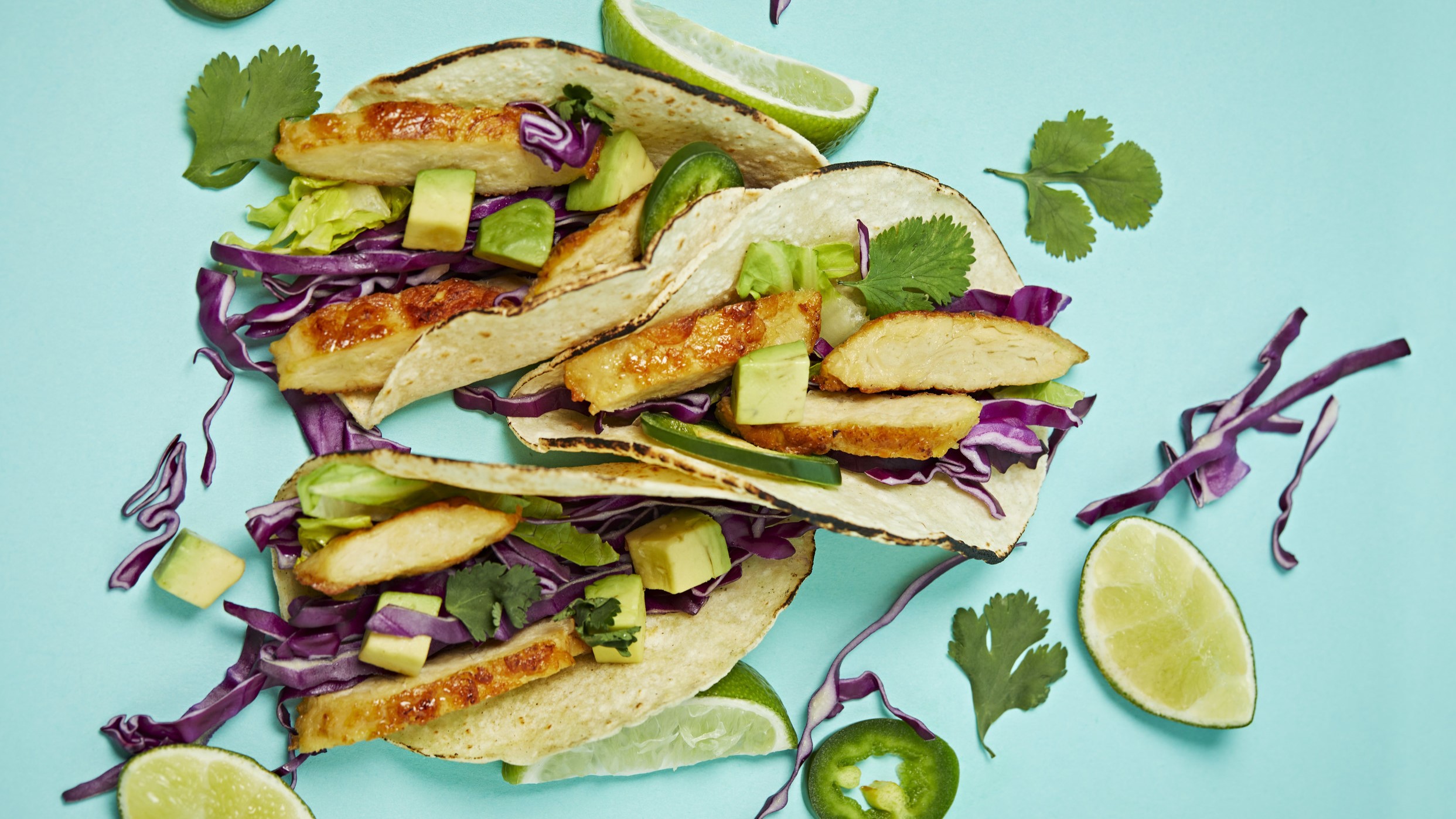 Within the US, while Upside Foods is the first cell-based meat company to receive a letter of no questions over the safety of its production process from the FDA, the company will not be the first cellular agriculture company to launch a food product in the US.

In May 2020, cellular agriculture dairy company Perfect Day became the first company to launch a cellular agriculture food product by partnering with Smitten’s Ice Cream to use its cell-cultured whey dairy proteins. Since then, Perfect Day has made a range of partnerships to include its dairy proteins in various food products, including chocolate bars, protein powders, and milk products.

Similarly, in March 2021, The Every Company launched its first product: a pepsin protein. Traditionally sourced from animals like pigs, pepsin is a digestive enzyme commonly used as a processing aid for various products, including food, beverages, and dietary supplements. In November 2021, The Every Company also partnered with plant-based snack company Pressed to launch its ClearEgg product in a Pressed juice smoothie.

Following the FDA’s pre-market consultation review, Upside Foods will now work with the US Department of Agriculture’s Food Safety and Inspection Service agency (USDA-FSIS). Upside Foods will need to secure the remaining approvals required from the USDA-FSIS before launching its cell-based chicken, including the grant of inspection and labeling determination.

Upside Foods did not share a timeline on when the company expects to complete the USDA-FSIS review for approval. Considering that Upside Foods submitted its pre-market consultation for its safety assessment in October 2021, it may be a while before the USDA-FSIS completes its safety review before providing its grant of inspection and labeling determination.

Similar to Eat Just in Singapore, Upside Foods intends to initially launch its cell-cultured chicken product through partnerships with restaurants and chefs. In August 2021, Upside Foods announced a partnership with Michelin-starred chef Dominique Crenn to launch its first product.

Having not served meat at her three-Michelin-starred restaurant Atelier Creen for several years due to its environmental footprint, Crenn previously shared her fascination with how cell-based meat companies could produce meat more sustainably.

As the first company looking to launch a cell-based meat product in the US, Upside Foods will play a pivotal role in how the public views the field as more companies aim to commercialize at a later date. Therefore, it will be important for Upside Foods to clearly communicate with and inform the public on not just how cell-based meats are produced, but why scientists and entrepreneurs around the world are working to make animal products via cellular agriculture.

Moving forward, the FDA indicated that the government agency is ready to work with more companies using cellular agriculture to produce meat and seafood products to ensure their food production process is safe.

Photographs of products by Upside Foods.