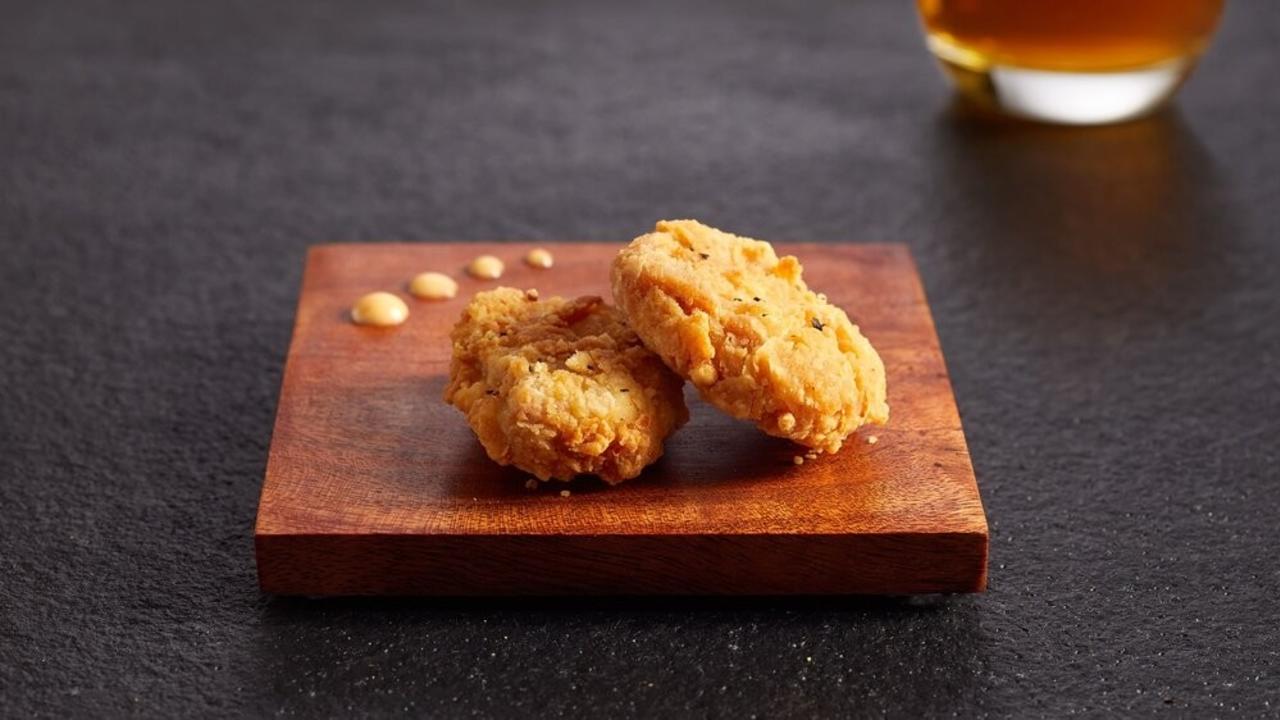 On December 2nd, Singapore became the first country in the world to give regulatory approval for the sale of the first cell-based meat product by Eat Just.

Founded by Josh Tetrick and Josh Balk, Eat Just is an alternative protein company that uses cellular agriculture to grow cell-based meat, specifically chicken. By growing cells that become meat from an animal, Eat Just can make the same chicken meat. Without requiring the chicken.

Cellular agriculture is the field of producing animal products directly from cell cultures instead of using animals. Instead of raising, for example, a chicken from birth for eggs and meat, cellular agriculture presents an alternative and more sustainable way to get the same products without all of the challenges associated with raising livestock. 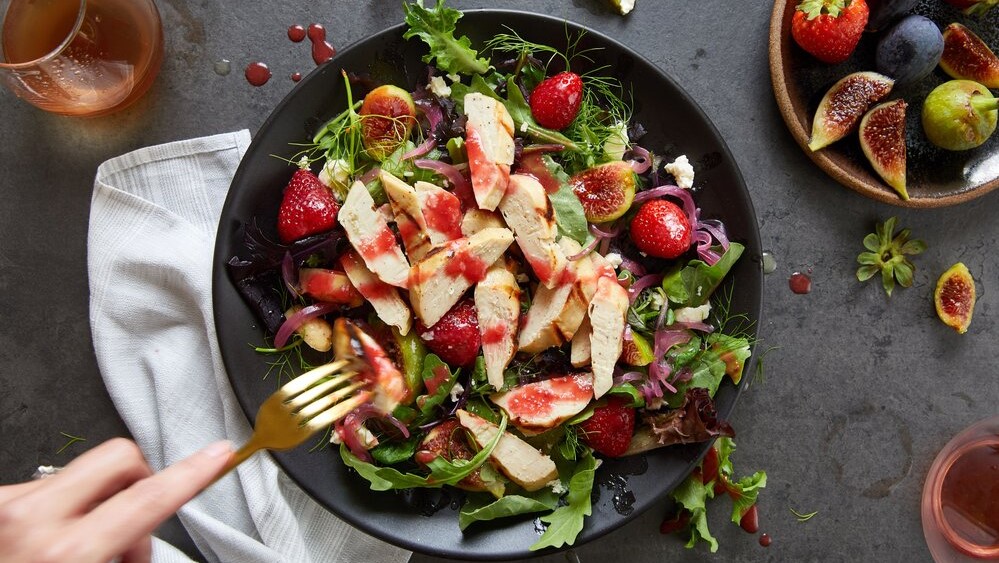 Without requiring animals, cellular agriculture could, in theory, produce animal products anywhere, from outer space to countries that rely heavily on food imports to feed their local populations, like Singapore.

In January 2020, the Singapore Food Agency (SFA) announced it will look into developing a comprehensive regulatory framework to govern novel food production in the country, including cell-based meat, and it is a major milestone to see the SFA lead the way with its regulatory approval of Eat Just’s cell-cultured meat. 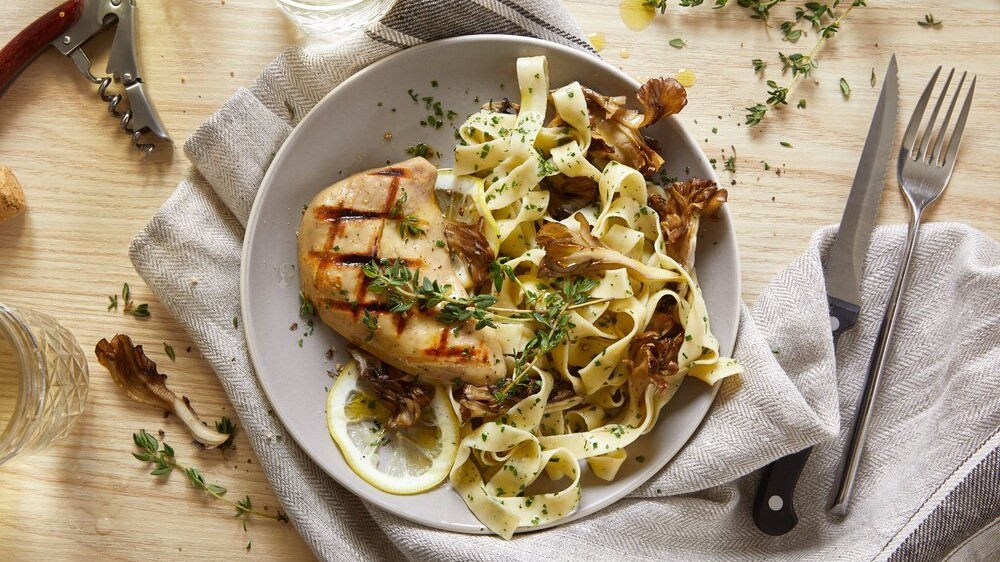 In comparison, other national regulatory agencies are still in the process of establishing a clear regulatory pathway for cell-based meat. In Europe, regulation has put the European Commission in charge of approving and regulating novel foods, including cell-based meat.

In the United States, where most cell-based companies are based, the question took longer to solve.Traditionally, the US Department of Agriculture (USDA) regulates and oversees animal products like meat, milk, and eggs. But what if those animal products are coming from cell cultures, a field that the Food and Drug Agency (FDA) would have oversight over?

Following that, in August 2019, 5 cell-based meat startups, including Eat Just, launched the Alliance for Meat, Poultry and Seafood Innovation (AMPS Innovation) regulatory coalition. AMPS Innovation’s goal is to advocate for a clear regulatory pathway to market for cell-based meat companies in the United States as well as to engage and educate consumers and stakeholders about their new industry.

After Singapore’s historic regulatory approval, it is likely more national food regulatory agencies will look to set up their own regulatory process to ensure cell-based meat and other cellular agriculture food products can safely and efficiently come to market. 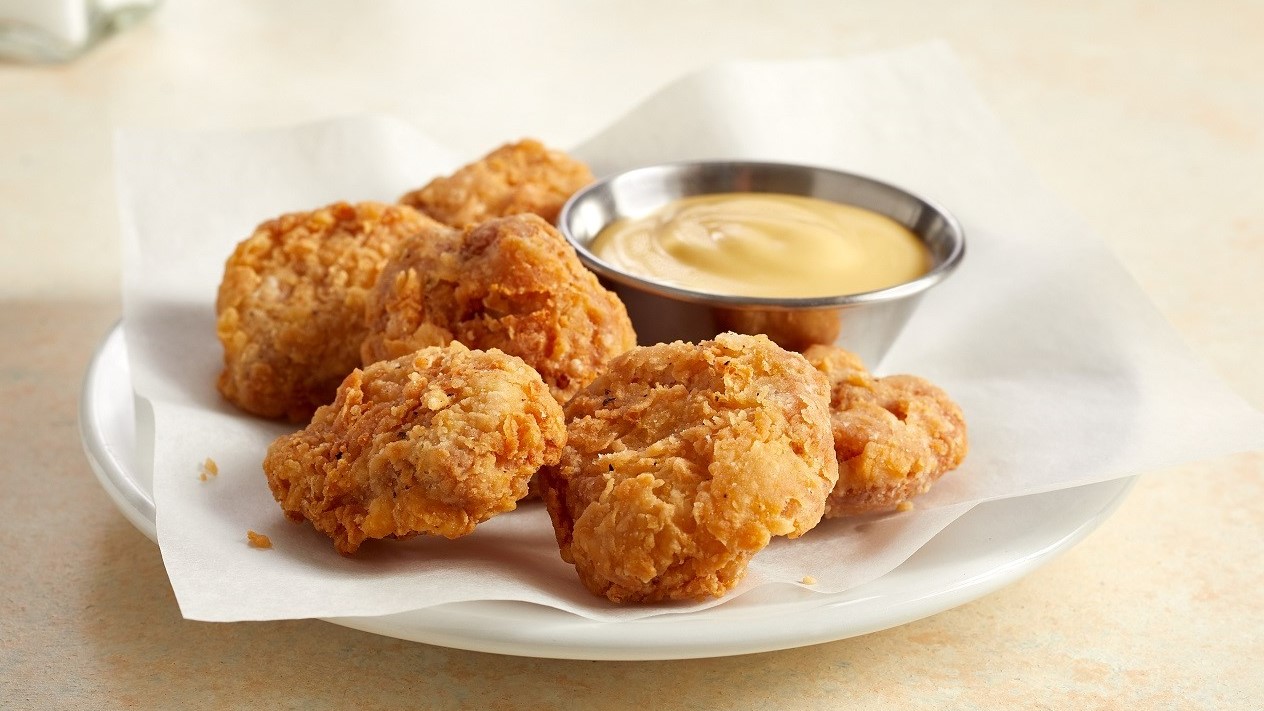 After working with the SFA for the last two years, Eat Just’s cultured chicken has been approved as an ingredient in chicken bites. According to the company, instead of only looking at the end product, the SFA looked at the entire production process to produce cell-based meat.

Eat Just’s chicken was also confirmed to be nutritious and safe for human consumption by a distinguished panel of international scientific authorities in Singapore and the United States with expertise in a range of fields, including allergenicity, cell biology, and food safety. 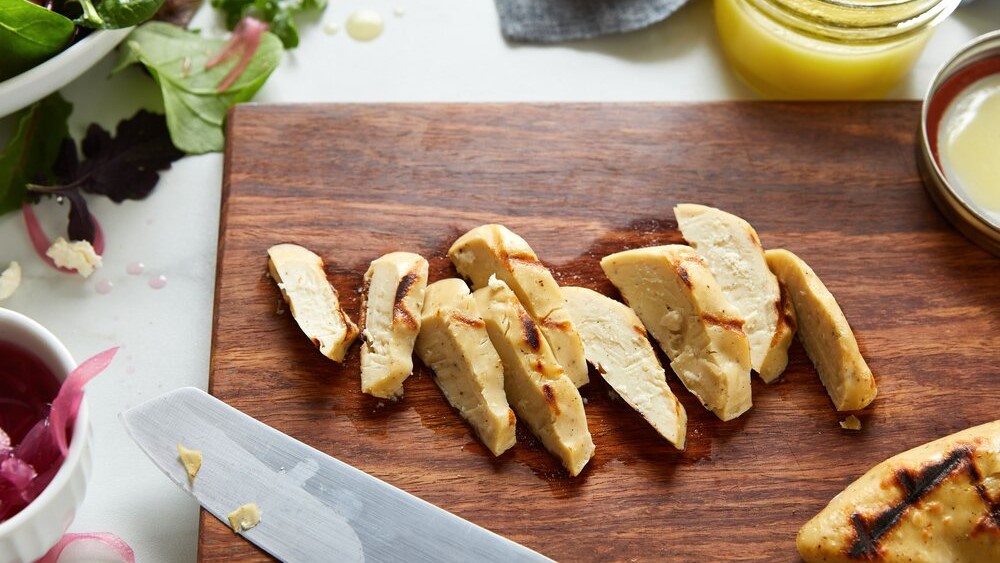 After SFA’s approval, Eat Just plans to bring their cell-based chicken to market. Eat Just formed a strategic partnership with local manufacturer Food Innovation and Resource Center to initially produce its cell-based chicken and formulate the finished product ahead of its first sale to a restaurant in Singapore.

Beyond the regulatory milestone, a challenge Eat Just and the entire cell-based meat field faces is scaling production of cell-based meat. Having previously developed the first cell-based meat pilot plant in the United States, Eat Just will need to continue to scale production to be cost competitive with conventional chicken meat.

Eat Just shared the company currently uses 1,200L bioreactors to produce its cell-based chicken and no antibiotics in its proprietary cell culturing process. To be commercially viable and affordable, the company will need to continue scaling like it has for its other product line.

In October, Eat Just announced a partnership with investment firm Proterra Investment Partners to build its first Asian production facility for its plant-based egg product. The largest production facility of its kind in Singapore, the Proterra-led consortium will finance up to $100M and Eat Just will invest up to $20M for the construction of the production plant to, one day, produce thousands of tonnes of its plant-based egg protein.

At the time, Eat Just also shared that the company is in discussions with Proterra to focus on the commercialization of its cell-based meat.

Eat Just’s plant-based egg today, and its cell-based meat tomorrow? In Singapore, that could very well be a reality soon.

Now, after working with the Singapore Food Agency for the last 2 years, it is promising to see Eat Just prepared to finally be the first company to launch a commercial cell-based meat product.

As the first company set to launch a cell-based meat product, Eat Just will play a pivotal role in how the public views the cell-based meat sector as more companies aim to commercialize at a later date. It will be important for Eat Just to clearly communicate with and inform the public on not just how cell-based meat is produced, but why scientists and companies around the world are working to produce animal products in this sustainable manner.

Josh Tetrick, the co-founder and CEO of Just Eat, explained that his company’s regulatory approval is just the start of what’s to come for the entire cell-based industry. “Singapore has long been a leader in innovation of all kinds, from information technology to biologics to now leading the world in building a healthier, safer food system. I'm sure that our regulatory approval for cultured meat will be the first of many in Singapore and in countries around the globe.”