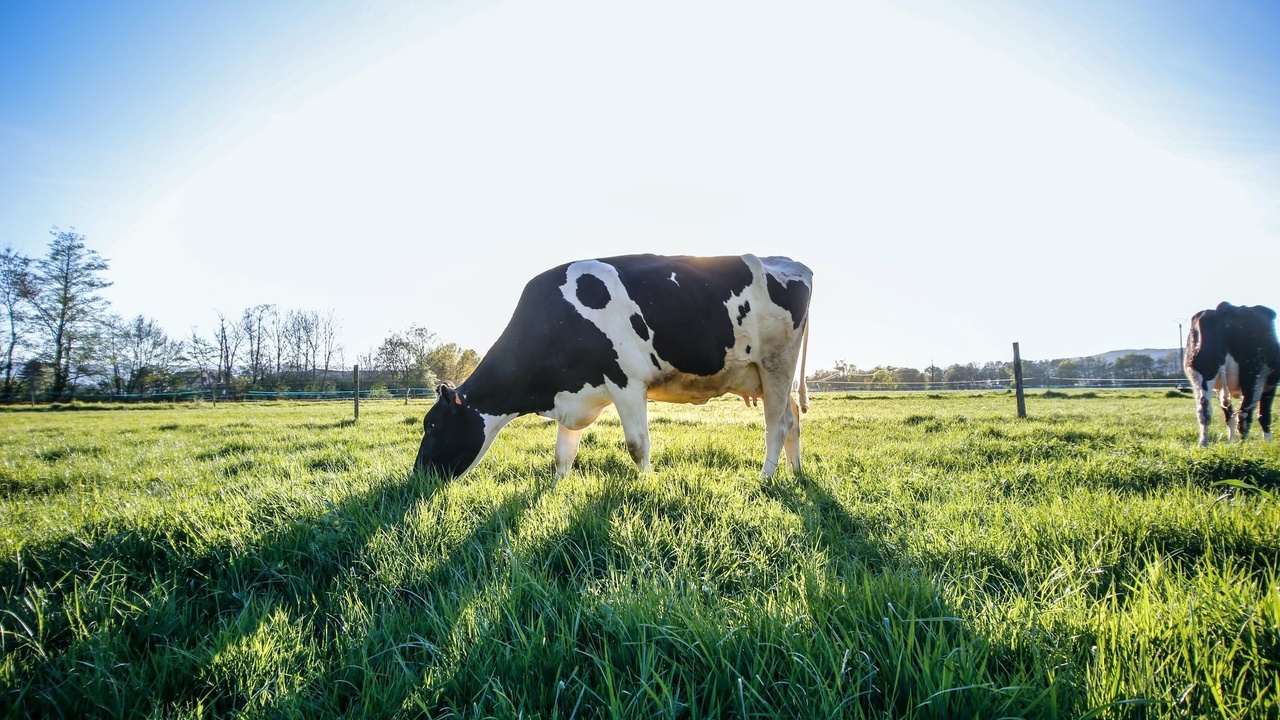 This article was sponsored by Agronomics.

With approximately $4 billion in total cellular agriculture food investments as of April 2022, the total investment landscape has nearly doubled since the end of 2021. An incredible landmark for the field, the milestone highlights how the field is growing globally to address many challenges in our global food system.

The landmark also illustrates the significant role that cellular agriculture investors have played in supporting the broader ecosystem to get to this stage. And their role in advancing the field will be just as crucial for the field moving forward.

Investing in the Future of Cellular Agriculture

From investments in Singapore and Finland to Germany and the US, Agronomics has invested in cellular agriculture startups globally. According to Agronomics co-founder Anthony Chow, the investment firm began after his co-founder Jim Mellon learned about the first cultured meat burger showcase by Dutch scientist Dr. Mark Post. 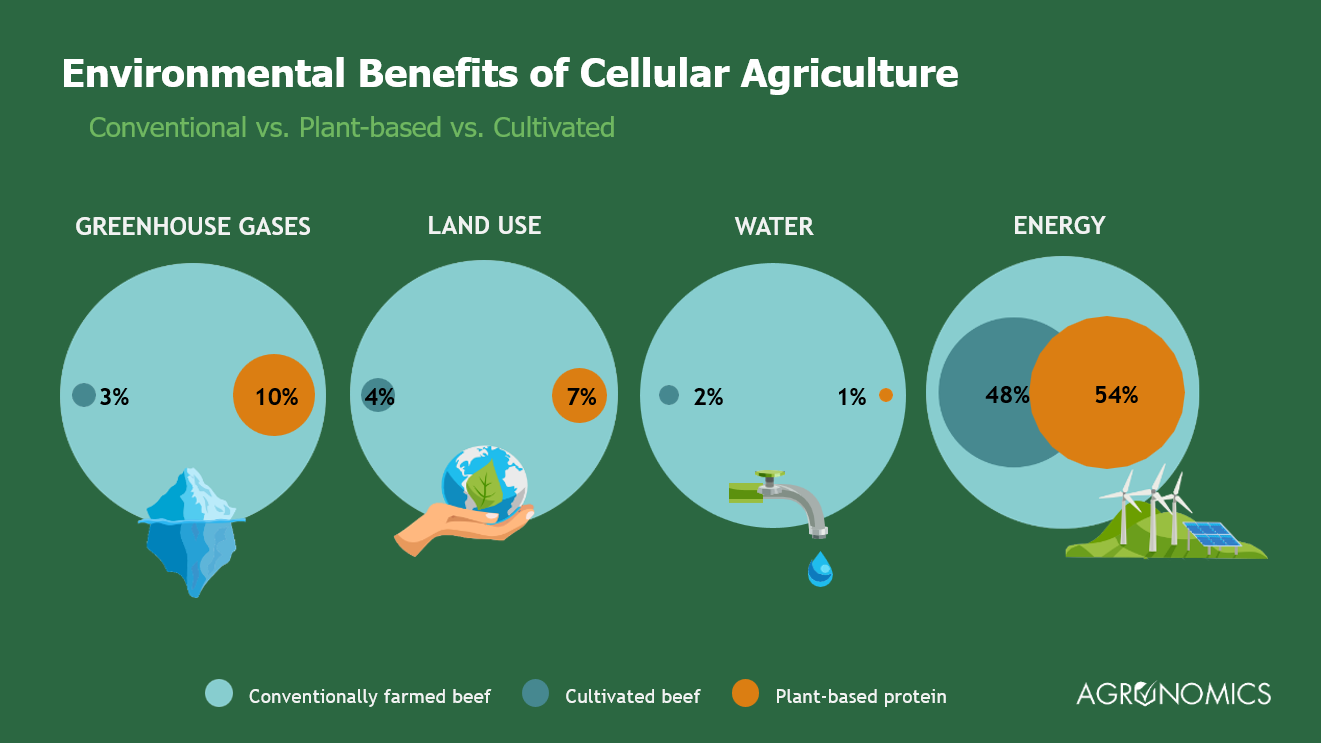 “I had been working with Jim Mellon, my co-founder of Agronomics, for about 15 years. When I joined him, we initially turned our attention to investments in biotech and pharma.

“We made several investments in that field when Jim read about the Mark Post burger. That was his first entry point into the field. As Jim does, he goes deep into a topic and then forms an investment vehicle around that field.”

Since then, Agronomics has become one of the most active investors in the future of food field, with a specific focus on the cellular agriculture field, including both cell-cultured meat and precision fermentation (also known as acellular agriculture) companies.

“We are investing in cell-cultured meat and seafood companies, precision fermentation companies, and the enabling tools for both of those sub-sectors. In the earliest days of Agronomics, we made two investments in plant-based alternative protein companies, but, since then, we decided to focus exclusively on cellular agriculture because of the defensible IP possessed by these companies.”

"You only need to look to Singapore to see what a progressive regulatory regime can do for a local ecoystem... we're seeing almost every company in the field look to Singapore as a market in which they will seek approval for their first products.”

Beyond investments in leading cell-based meat and seafood companies like Meatable and BlueNalu, respectively, Agronomics’ portfolio has a diverse range of startups from the cellular agriculture ecosystem. According to Chow, the breadth of startups was designed to reflect the significant impact the field can have on the future of agriculture.

“From an investment standpoint, we needed diversification to reduce our risk. It is not just about meats and poultry. We’ve got seafood covered, materials such as leather and cotton, and then dairy proteins, collagen, pet food, and the key protein in egg whites called albumen.

“The Agronomics portfolio really speaks to the breadth of disruption coming to conventional agriculture.”

Investing from the Public Market: “Anyone with a brokerage account can participate in this field.”

In addition to being one of the most active investors in the cellular agriculture field, Agronomics is one of the only publicly traded investment firms in the sector. Trading under ANIC on the London Stock Exchange, Chow shared that the firm was incepted as a public company to reach a broader range of investors. 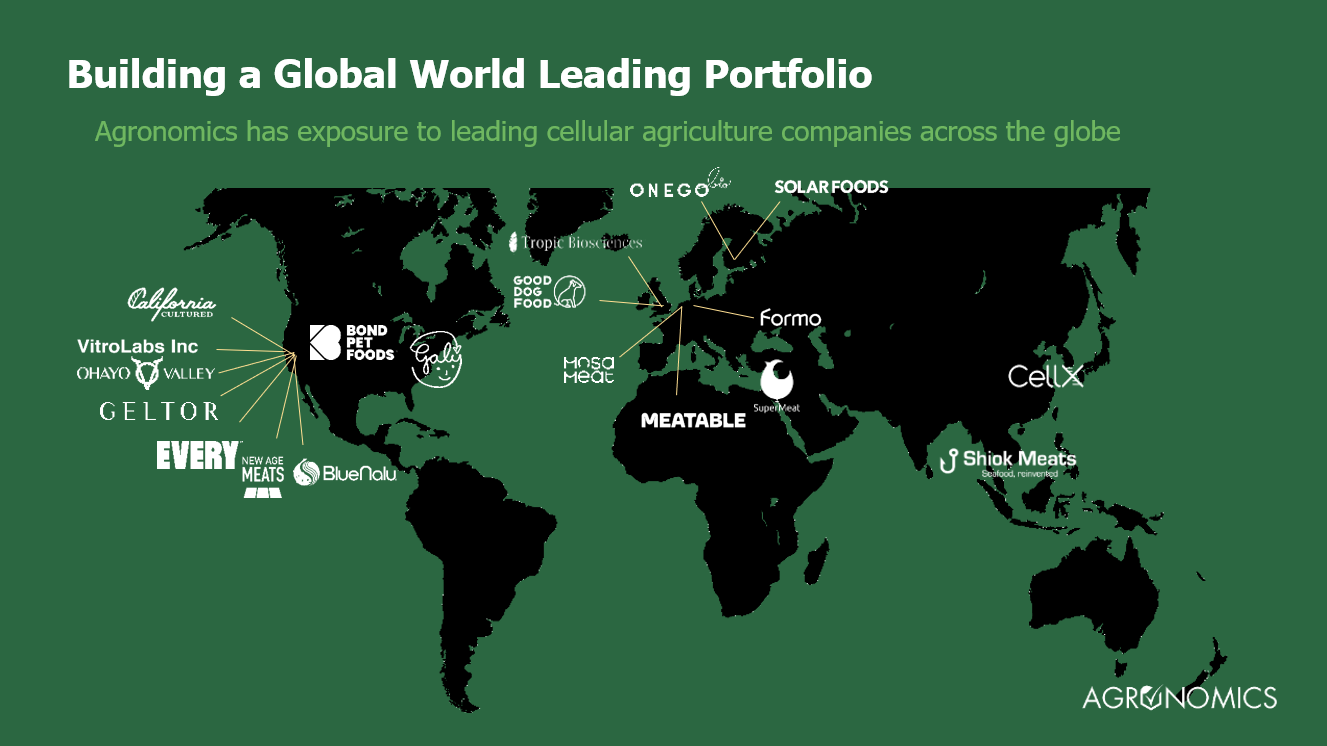 “We thought the thematic play on disrupting conventional animal agriculture would appeal to a wide public market investment audience. Since then, we’ve raised a substantial amount of capital from institutional investors, including Blackrock and Canaccord, and many other top-tier firms.”

Chow also highlighted how the firm aimed to increase access to the future of food field for retail investors. “Typically, small retail investors don’t get access to startup companies because startups typically want to speak to investors that can write cheques in the hundreds of thousands, if not millions of dollars.

“With Agronomics being a publicly listed company, anyone with a brokerage account can jump online and buy a handful of shares and participate in the expansion of this field. They would otherwise have to wait probably a few years from now until some of the first companies start to go public at significantly higher valuations than what Agronomics is able to access today.”

After the cellular agriculture food field reached the milestone of $2 billion in total investments during the fall of 2021, Chow is not surprised that the field has since reached $4 billion in funding after more institutional investors saw the opportunity in the sector. 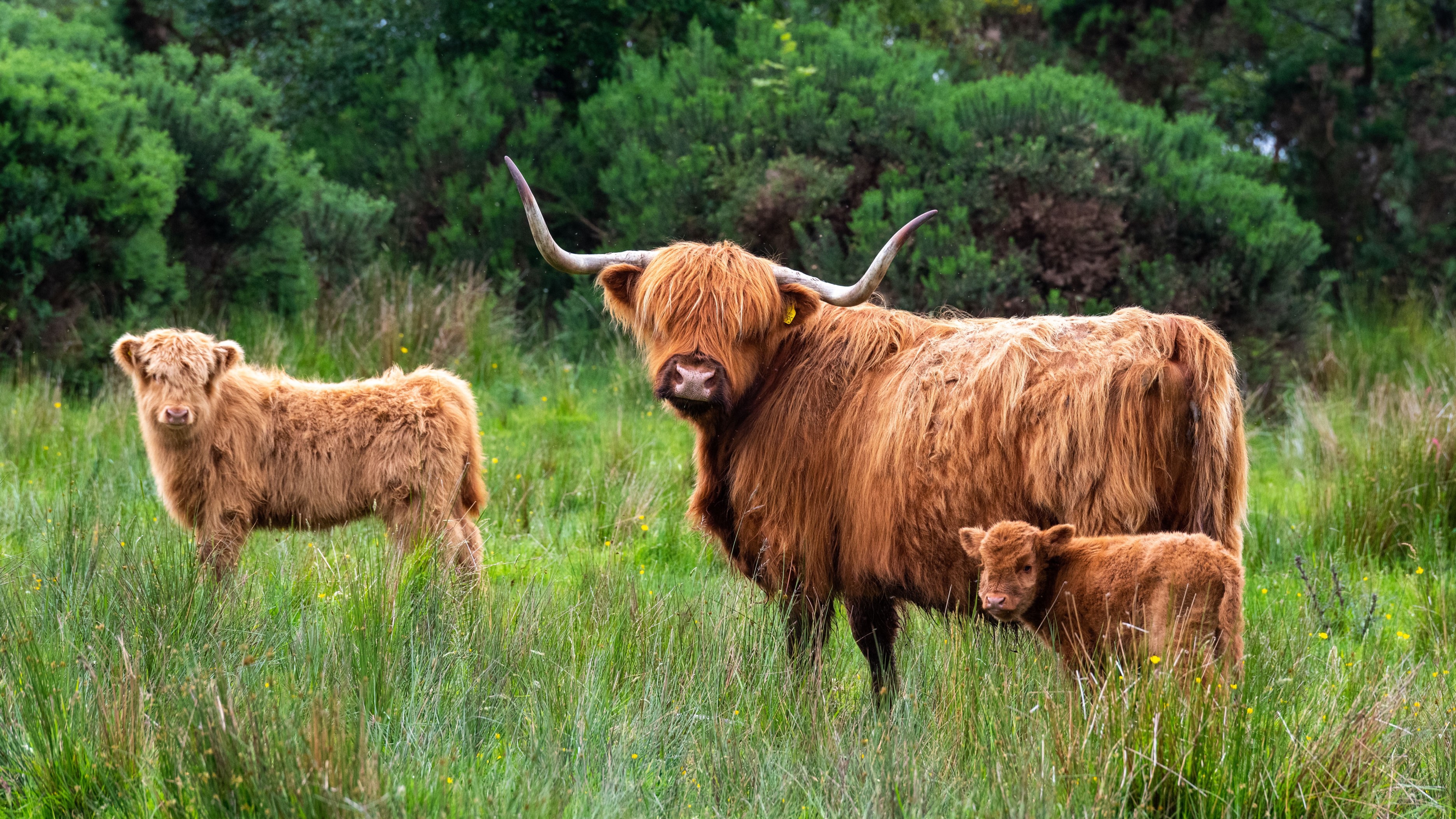 “In the first few years of this industry, starting in 2016, cellular agriculture was such a new and novel concept that it didn’t attract any institutional investment interest, because these investors simply couldn't deploy meaningful amounts of capital.

“As the early-stage R&D risk has been taken out by those early venture investors and the companies that were formed, the commercial prize and economic opportunity have become more apparent. In addition, the regulatory landscape in Singapore has clarified itself. The USDA and FDA in the US also put out a joint statement around their regulatory framework, so we can see that approvals in the US are now imminent.

“I think that allowed institutional investors to get sufficient comfort that this field is not a decade away. It is actually in the order of a couple of years.

“We've now seen Temasek in Singapore, CPPIB in Canada, SoftBank in Japan, EQT Ventures in Sweden, and some Middle Eastern sovereign wealth funds making investments in the fields. That is because they can see that the commercial opportunity is not over the horizon but with us now.”

The Role of Traditional Food Companies: “It’s likely how many of the companies in our portfolio will have exits.” 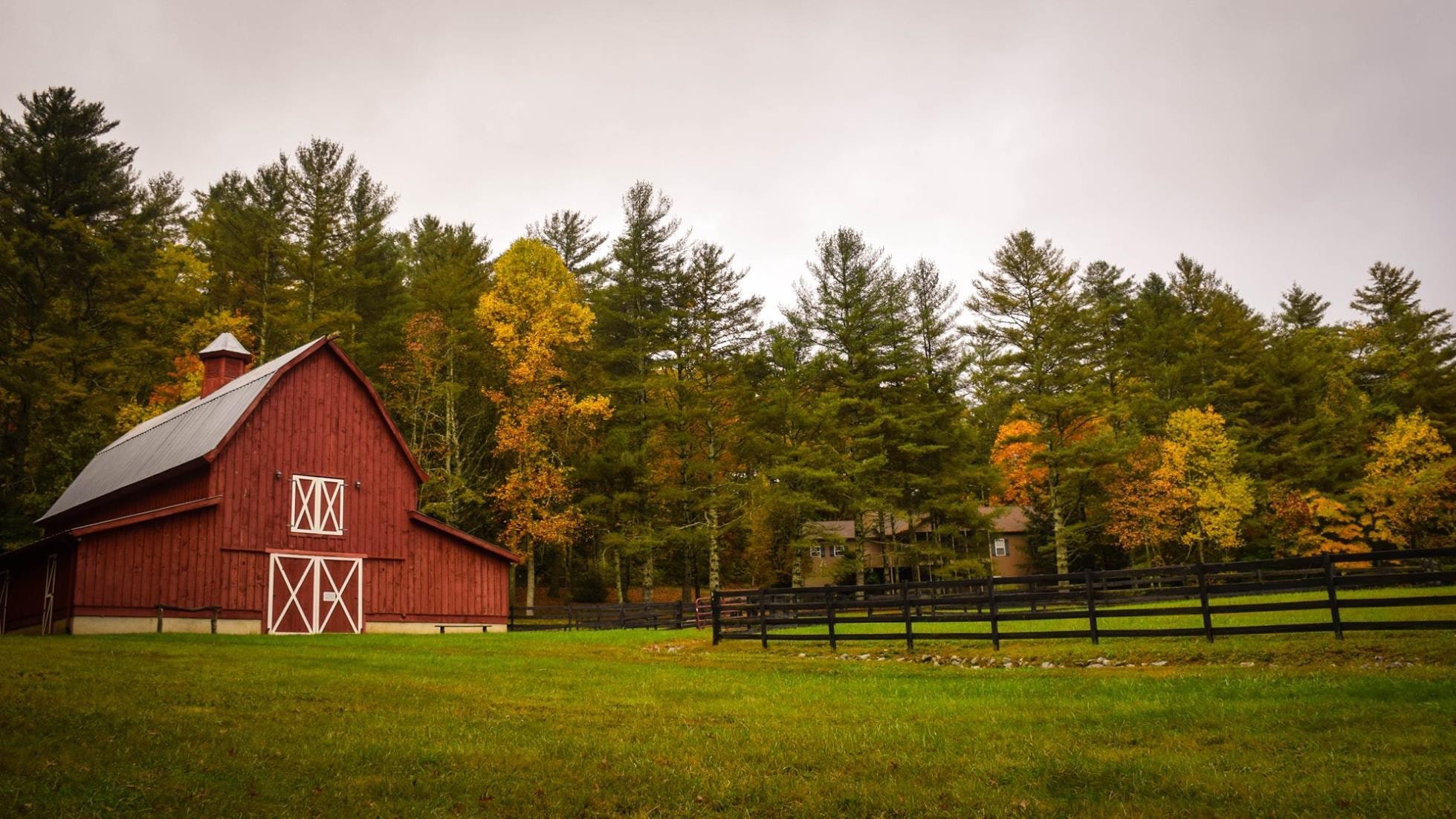 “There are a lot of traditional meat players partnering with startups, from joint development agreements to supply agreements in order to, in the long term, become the media suppliers for the industry.

“Take DSM based in the Netherlands, for example. The company partnered with Meatable, which was announced last year, to co-develop a growth media formulation. Nutreco also announced a plan with BlueNalu in the country as well.

“Moving forward, [traditional food and meat companies are] likely how we think many of the companies in our portfolio will have exits. They’ll likely be acquired by these large food groups. For example, JBS acquired Biotech Foods in Spain at the end of last year as the first acquisition by a large meat player. We expect to see many more of those.”

The Importance of Regulation to Advance Investments in Cellular Agriculture

From scaling production to regulatory approvals, there are still many challenges that the cellular agriculture field needs to address to come to market. According to Anthony Chow, a lack of a regulatory framework for the field remains the critical factor in limiting the field’s access to capital to scale production.

“You only need to look to Singapore to see what a progressive regulatory regime can do for a local ecosystem. Not only supporting the formation of local companies, but now we're seeing almost every company in the field look to Singapore as a market in which they will seek approval for their first products.” 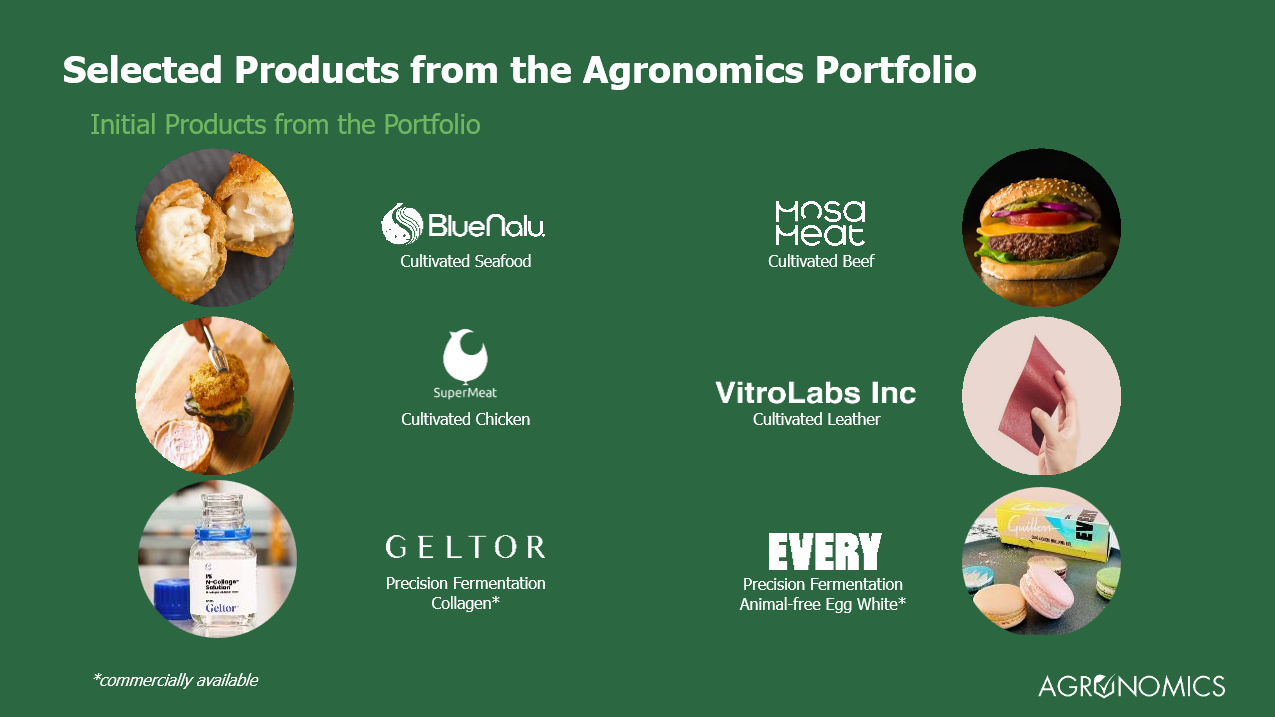 According to Chow, once a regulatory framework is established, more capital will flow into the cellular agriculture field to support the scaling of commercial production. “The good news is that there is a wall of money that is desperate to be allocated to industries like cellular agriculture that will have positive effects on the environment.

“And that means that if regulation sorts itself out in the major jurisdictions, and these companies can become commercial in scale, then even more money will flow into cellular agriculture, particularly from ESG investors.

“So really, the one major thing holding this industry back at the moment is regulation. Until that happens, these companies aren't going to be investing in industrial-scale production facilities, which will allow the price point of these products to go down towards parity with conventional agriculture.”

“The Agronomics portfolio really speaks to the breadth of disruption coming to conventional agriculture.”

“Since the US market is large enough to support multiple companies and factories, the industry will be able to demonstrate that it can get to commercial scale in the US alone. With regulatory approval in the US, it will also reduce the pressure on other jurisdictions in approving these products.”

Considering the growing number of cellular agriculture startups in the UK, Anthony Chow believes there is a big opportunity for the country to become a leader in the cellular agriculture field and be among the first to establish a regulatory framework for cell-cultured food products. 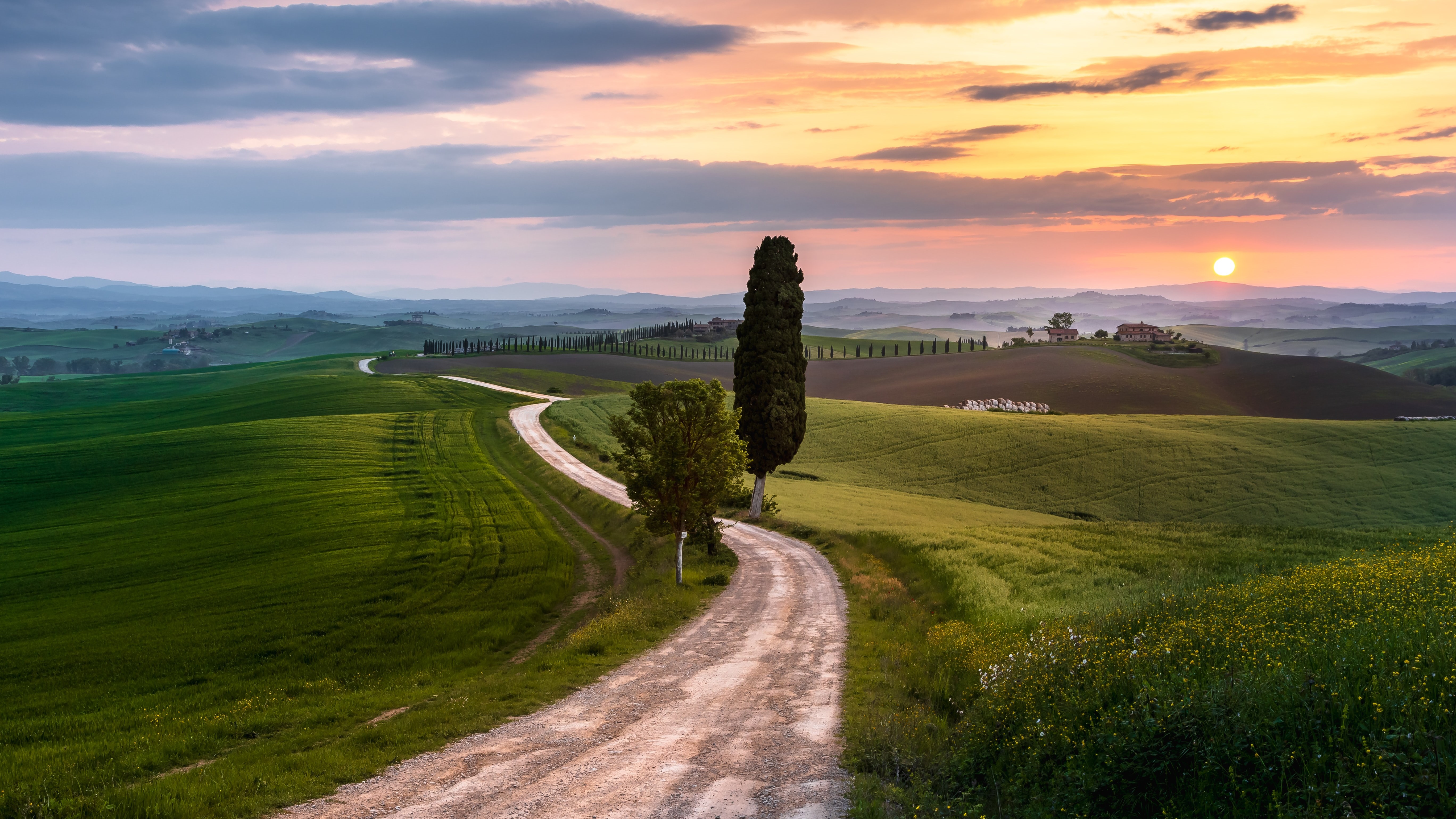 “Whether you like Brexit or not, the UK now has an opportunity to take a different approach to the regulation of these products – both cell-cultured meats and precision fermentation products.

“I think [establishing a regulatory framework is] the first step that the FSA (UK Food Standards Agency) needs to take to encourage more activity in the UK. Companies will not set up production facilities here until they have some come clarification on the regulatory approval process.”

"It is not just about meats and poultry. We’ve got seafood covered, materials such as leather and cotton, and then dairy proteins, collagen, pet food, and the key protein in egg whites called albumen."

To support the British ecosystem, Agronomics is working alongside other organizations in the country to make the UK a leader in the alternative protein field. “We are starting to see the beginning of some action in the UK. Jeremy Coller’s CPT Capital and Agronomics are founding members of the Alternative Protein Association. The group’s goal is to try and move the [regulatory] discussion forward in the UK.”

Since launching the Alternative Protein Association, the organization has organized several meetings with government stakeholders, including the FSA, UK Research and Innovation, and the Brexit Opportunities Unit.

“Agronomics finds itself at the forefront of this field.”

Moving forward, Chow and the Agronomics team plan to support growing the ecosystem. “We plan to move from backing companies in the R&D phase to helping these companies move forward into an all-out commercialization phase of their lead products and beyond.” 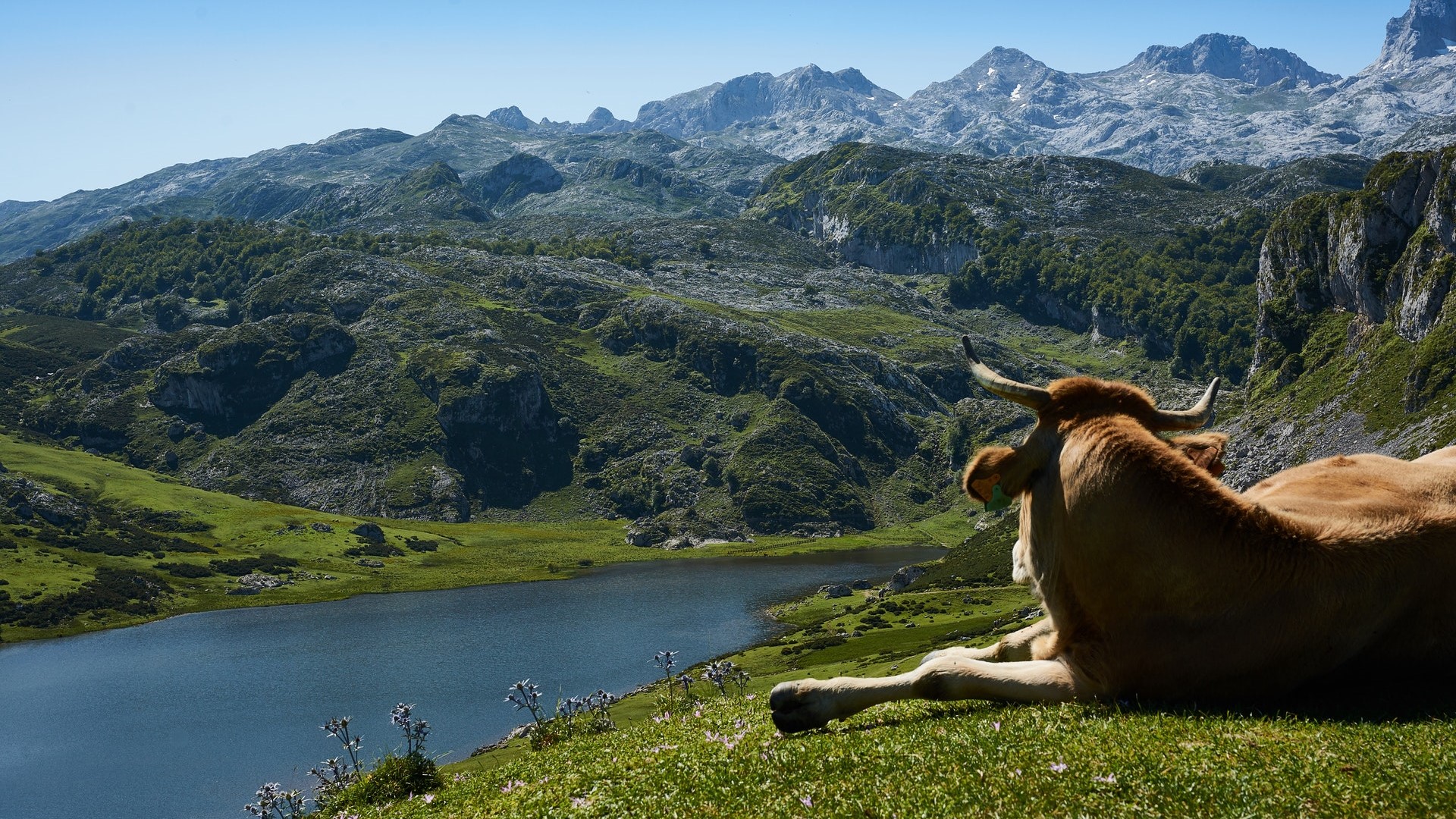 For Agronomics, in addition to continuing to be one of the most active investors in the field, the company also aims to increase its position in the public markets. “We have a medium-term stretch goal of getting into the FTSE 250, which would need a market cap of around 650 million pounds. If we can achieve that, it would only be equivalent to the rate of growth that the [cellular agriculture] industry is likely to experience in the next few years.”

According to Chow, one of the best ways to do that is to further increase the public’s awareness of the cellular agriculture field and its opportunities.

“Compared to some of the mega-investment themes around today, like cryptocurrency and electric vehicles, the awareness around this industry is still very, very low. This commensurately means that Agronomics’ awareness is relatively low amongst investors.

“We are addressing some of the largest total addressable markets out there. We think this industry is at the beginning of a multi-decade, multi-trillion-dollar run of capital. And Agronomics finds itself at the forefront of this field.”

This article was sponsored by Agronomics. For more information about Agronomics, please visit their website to learn more.