The Cellular Agriculture: End of the Year Summit 2021 is NOW LIVE. Get your TICKET now! 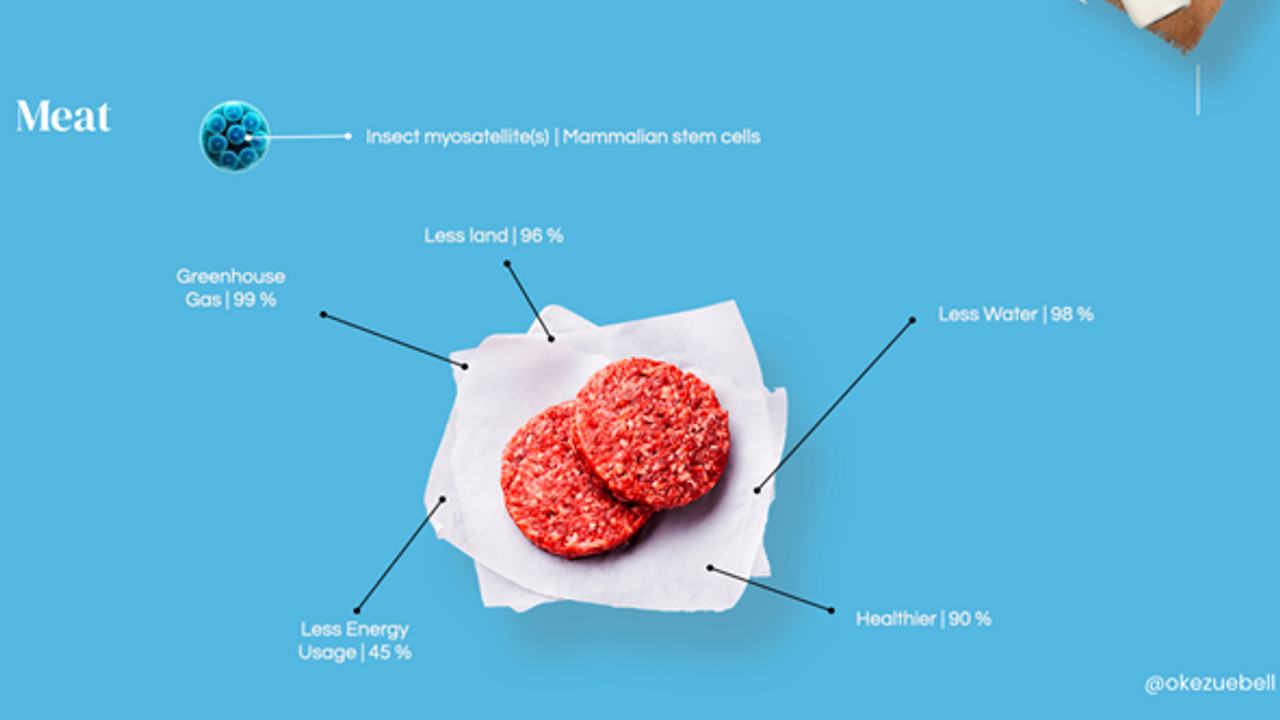 This article was written by and contributed by Perfect Day Gen Z advisor Okezue Bell. Note: opinions expressed by CellAgri contributors are their own.

To date, climate change is the best-known existential crisis in both academic and socioeconomic circles. Though initially, the thought of the heat death of the planet, or worldwide destruction of our natural ecosystems were met with countless demurrals, this problem has since reached the top of the list for some of humanity's most pressing issues to tackle. With global warming and climate change now in the limelight, solutions to these problems have also become increasingly common, including lifestyle changes like flying less and going vegan. Sustainability messages are also promoting  younger generations to recognize the severity of the situation as they will live through the brunt of the effects.

It's because of climate advocacy from organizations such as Zero Hour, and even celebrity-owned foundations such as Re:wild (Leonardo DiCaprio Foundation) that millions of people across the world have begun adopting more eco-friendly lives by following a simple, four-step plan: voting for green politicians, making sustainable purchases, reducing meat & dairy consumption, and flying less or not at all. Unfortunately, though, society as a collective isn't willing to give up all of its anti-green habits. This unwillingness isn't just a result of stubbornness, however, but sometimes a lack of accessibility. There are over 50 million individuals across the US alone who can't afford to purchase a Tesla or pay an extra $2 per grocery, and it's impractical for an international businessperson to minimize their flight travels.

Opportunely, climate change as a problem can be broken down into multiple constituents. For example, power and energy generation account for 20% of all greenhouse gases, and it's also possible to offset CO₂ emissions from various sources by retroactively removing them from the atmosphere. Targeting some of these facets and reducing them substantially would mean a considerable improvement for the Earth's environmental health.

We Pay with Our Dollars

One of the most important things to keep in mind is that our money is our support, especially when it comes to sustainable products. Extrapolating recommendations from Greta Thunberg's initiative on making sustainable purchases, for example, evidence reveals that we vote with our dollars, especially when it comes to supporting sustainable development initiatives, such as small companies, stores, etc. Fortunately, positive steps in this area are being made, as nearly 50% of digital consumers, purchasing decisions are influenced by their environmental convictions (2018 Global Web Index).

It's therefore important that sustainable companies such as Lululemon, IKEA, and Patagonia are receiving exponential support for their efforts to make quality general-purpose items —sportswear, furnishing/décor, and clothing, respectively, in this case — sustainable, and ensuring that they are minimizing their GHG emissions on a corporate level. Companies producing food sustainably using cell ag, such as Clara Foods, offer electric transportation and green foods for their employees.

Individuals, especially in North America, heavily dictate the landscape of the economy; that's why it's also necessary that stakeholders let go of convenience, and become aware of the ethical specifications of the companies, and determine whether or not they should be supported. Unfortunately, many of the large companies you may support today likely have some bad company practices. On the contrary, many small and large companies do value proper production systems, so I encourage you to research and allow your findings to inform your decisions.

To summarize, keep yourself abreast with various corporate ecosystems, and buy less of what you don't support, and more of what you do. Of course, there may be many personal parameters when considering which products you endorse that can influence your decisions, such as affordability. Sometimes, it's worth the return on investment, especially as prices deflate. Other times, it may be too expensive. That's ok!

So, where does the future of climate tech and purchasing lie?

Well, if we take a look at the climate change pie, we find that agriculture makes up 25% of the issue, and emits more greenhouse gases than all forms of transportation combined! Additionally, the food industry primarily emits methane (CH₄), which warms the Earth 80 times more than CO₂ over 20 years. 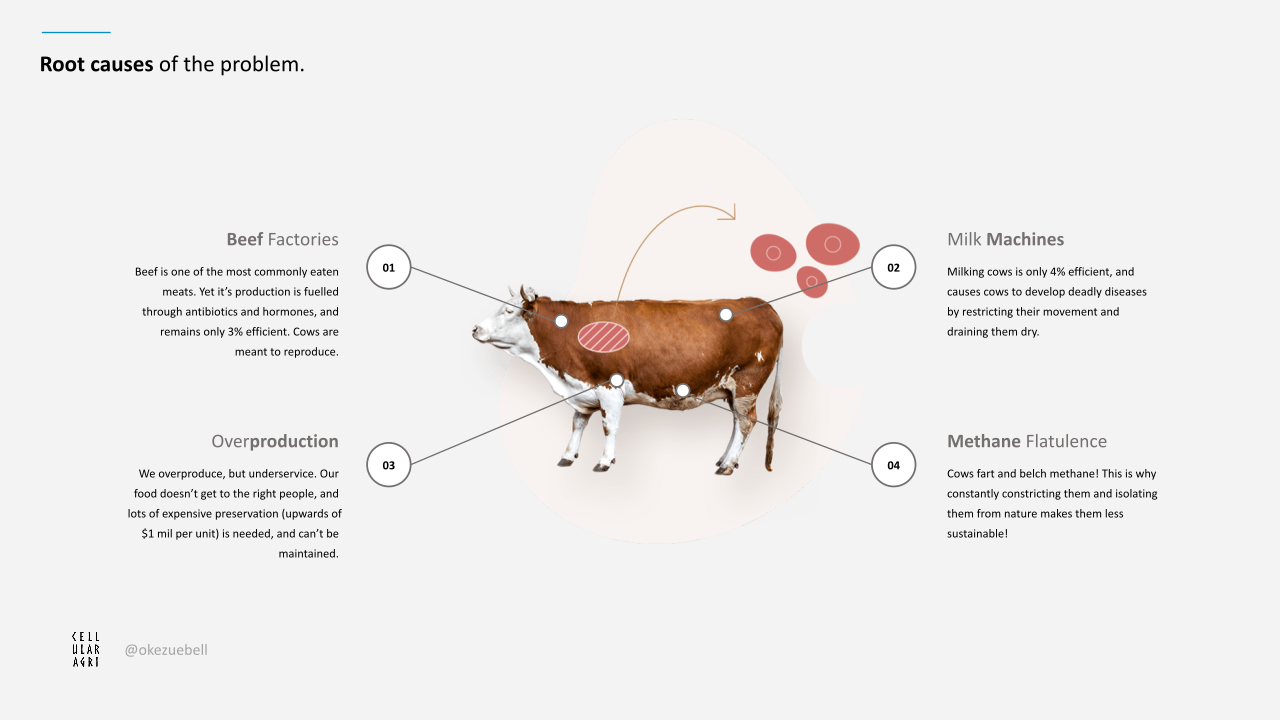 If we only produced meat to meet our nutritional requisites, 4.5 times the size of the European Union, or 442M acres of land, could have been saved. This is not only important from a conservationist perspective, but also that oftentimes the issue isn't the product, but rather an exuberant indulgence in it. Milk is another such commodity; 1 gallon of milk is equivalent to 4.5 gallons of water consumed in production.

However, we can look to cellular agriculture as a solution, which allows us to use raw biological materials from animals to make animal products, rather than using the animals themselves. This allows us to produce various cultured materials and food sustainably and in bulk. This results in an identical product, just made differently.

As the impacts of cultured foods begin to increase, various companies such as Aleph Farms, Higher Steaks, and Perfect Day, are aiming to make new foods, from eggs to breastmilk.

Agriculture is broad-spanning, and the problems don't just stop at food production. Fortunately, neither do the applications of cell ag. Cutting-edge genetic engineering and cell cultivation techniques have made it possible to culture clothing, skincare products, and fashion accessories. And companies are starting to look into it. From Hermés Victoria bag made from Mycelium, Stella McCartney made from synthetic spider silk, or collagen supplements, snacks, and beverages, all these are made through a similar process with how cell-cultured dairy is made, except using different proteins. 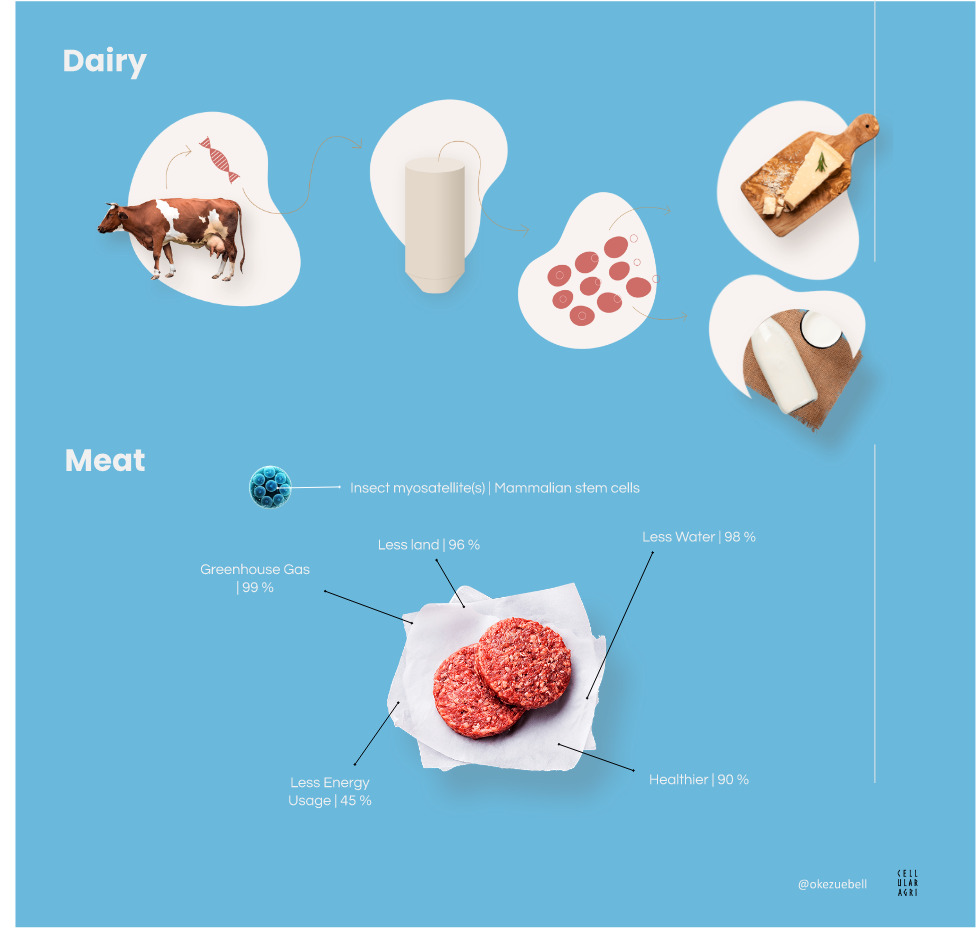 Generation Z has found its voice and is becoming a major player in the future of the climate. This is why cellular agriculture, and even plant-based alternatives, are so important. As time goes on, the costs of cultured technologies will be driven down, and it has become evident that the later generations are increasingly climate-conscious, including Millennials.

About 61% of Millennials and 58% of Gen Z would pay more for eco-friendly products. With Gen Z quickly populating the workforce, this number is expected to rise by 10% within 5 years.

Generation Z is now responsible for up to 40% of consumer spending and 10% of total foodservice traffic, with nearly 15 billion restaurant visits. Grocery stores are also experiencing a similar trend.

As time goes on, Generation Z will become change-makers in the way we treat our industries, especially concerning sustainability. And a solution like cellular agriculture is powerful, especially because it can address so many different issues relating to the protein supply chain.

Due to the importance of the youth demographic, they have been the subject of many consumer acceptance and social dynamics studies. In 'Perceptions of Cultured Meat Among Youth and Messaging Strategies', the psychographics of youth was also considered. Due to their more impressionable eating habits and awareness of climate issues, they would be likelier to adopt alternative protein foods.

The study interviewed numerous college-aged Canadian individuals, and it found that the surveyed youth believe cultured meat to be unnatural - albeit safe, edible, and a facsimile of the original product -, ethical and environmentally friendly, and that taste was ultimately a deciding factor to determine whether or not such a product would be bought regularly. A Cambridge study revealed that one-third of all young adults make an effort to engage in sustainable consumption.

The strength of young people is getting recognized by numerous cellular agriculture and alternative food source companies through their new campaigns. For example, Impossible Foods launched the Kids Rule initaitive, where the company comissioned a firm to interview 1,200 children (ages 5-18) regarding food and climate change, and compile their findings in an official report.

Cell-cultured dairy company Perfect Day placed a teen (who then founded their Gen Z Council) on their inaugural advisory council and plans to increase their engagement in the youth and adolescence space.

Ultimately, there is just so much power in the way we purchase, especially young individuals, who will soon be taking up the democratic responsibility of controlling the market. For now, though, it's up to everyone to make the right choices and create long-lasting solutions.

So, what did we learn?

Okezue Bell is a developer, entrepreneur, and advisor who has experience working at Microsoft, Harvard, Aleph Farms, and Perfect Day (he was the teen on their board!). Aside from his work and advocacy in sustainability, he is focused on developing new P2P banking systems, HCIs, and machine learning. Check out his socials below, or contact him through email at [email protected]